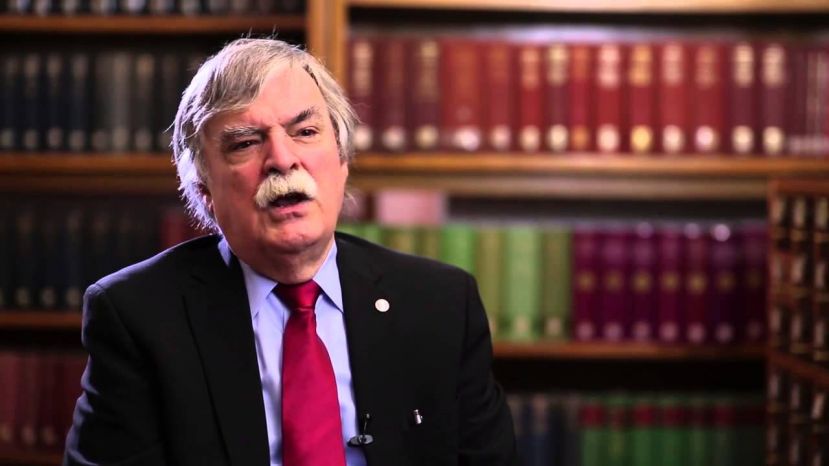 Justin A. McCarthy is a nationally and internationally recognized scholar of the Ottoman Empire, modern Turkey and the Middle East.

Justin A. McCarthy is a nationally and internationally recognized scholar of the Ottoman Empire, modern Turkey and the Middle East.  He has published eleven books, most recently The Armenian Rebellion at Van (2006). In 1996 University of Louisville recognized him with the Award for Outstanding Scholarship, Research, and Creative Activity. He holds an honorary doctorate from Boğaziçi University, Turkey, and is a board member of the Institute of Turkish Studies and the Center for Eurasian Studies (AVIM). McCarthy served in the Peace Corps in Turkey in 1969, where he taught at Middle East Technical University and Ankara University.

How did you meet Turkish people? What were you knowing about Turkey before all your relations started?
I first went to Turkey in 1969 as an American Peace Corps volunteer, teaching English at METU in Ankara. All I knew about Turkey was what I learned in Peace Corps training.

How many times traveled to Turkey? What was your expectation?
I have gone to Turkey for long or short visits almost every year since 1975, often multiple times in a year. My expectations have greatly changed over the years. I have seen Turkey go from a poor country to a modern, well-off country. I now expect changes whenever I go to Turkey. No one in 1969 could have foreseen the super highways or the Istanbul bridges and Metro. Of course, no one could have foreseen the traffic, either.

Would you tell an unforgettable memory/case about when you are in Turkey?
It is difficult to pick from the memories of almost fifty years. My best memories of Turkey are of friends and Turkish hospitality for myself and my family. My children all went to Turkey when they were young, and they all loved it. We once asked them to name their favorite cities, expecting Louisville, Chicago, San Francisco, or another American city. They said Istanbul (London came second).

What do you suggest your American friend who wants to visit Turkey first time?
Döner, eski kaşar, vişne suyu, and especially sütlaç. Avoid the tourist –destination mosques; go to Süleymaniye, Selimiye. Take a boat on the Bosporus. I assume they will go to Istanbul, İzmir, Antalya. I tell them to also go to Trabzon, Erzurum, Kars, and Van.

You are one of the experts about so called Armenian Genocide and Ottoman Empire. What would Turkey do to get know about the issue better in American public?
This is a gigantic topic. The main thing Turkey could do is to support Turkish scholars who study this issue. Reopen the Armenian desk in the Tarih Kurumu. Grants to researchers. Take advantage of your scholars to argue the Turkish. That is much better than relying on politicians and diplomats. One thing that is easily done would be to translate the excellent historical work of Turkish scholars.

Those who complain about unfair treatment by historians are correct. History books do often treat Turks unfairly. Some writers are radical nationalists who would always be against Turks. Most, however, are simply affected by centuries of anti-Turkish and anti-Muslim prejudice. (FRIEND OF TURKEY IN HISTOR)

Do you see any similarities the United States and Ottoman Empire management capabilities as a super power?
No.

Would you like to add anything?
I have received some honors over the years. The one I cherish the most is the title “Türk Dostu.”