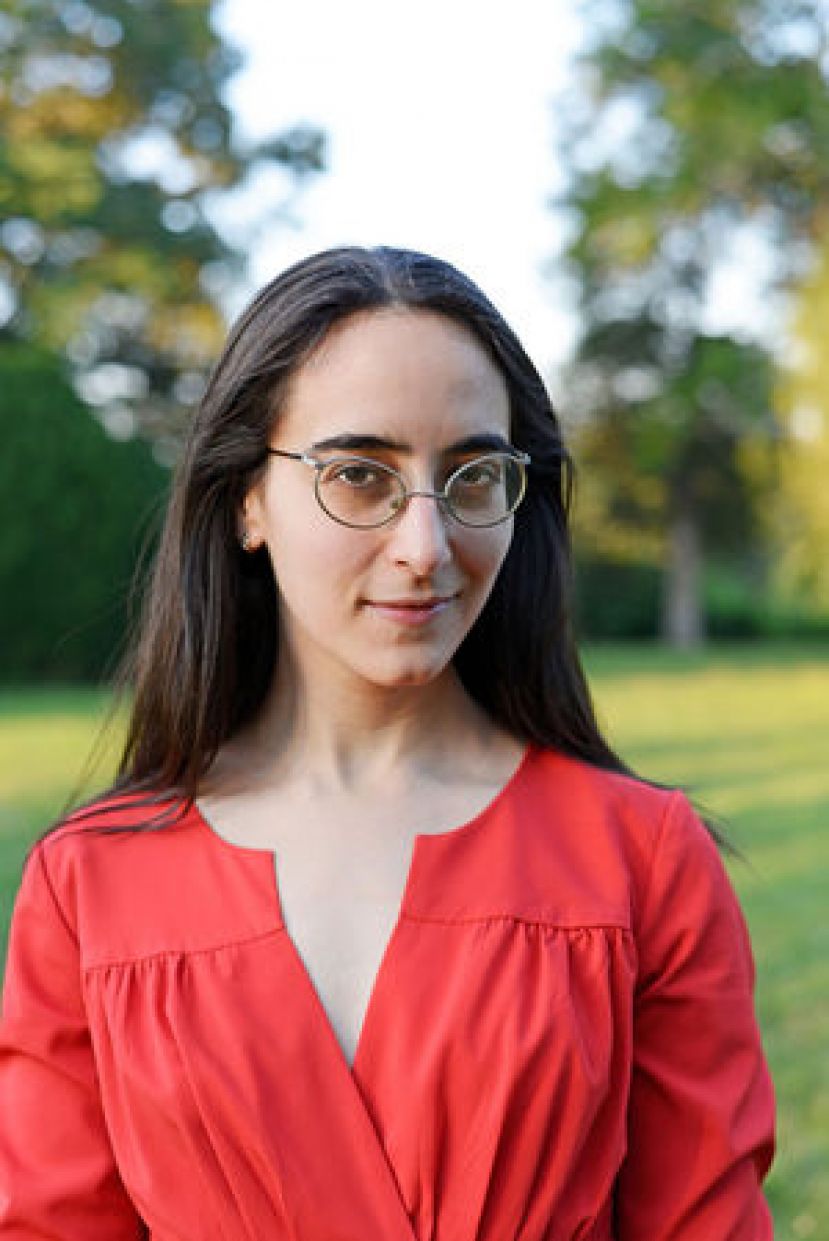 Why you should know her: Turkish filmmaker Burcu Koray, a current fellow at the Virginia Center for the Creative Arts (VCCA), is participating in a new performance series at Second Stage Amherst, in conjunction with VCCA. The boundless imagination of Turkish filmmaker Burcu (pronounced Brr-jus) Koray never ceases in its creative activity. From her site-specific, interactive film installations to her screenplays and even her current novel-in-progress, Koray is always envisioning her next artistic endeavor.

“Anyone and everyone who needs to come up with solutions, and new questions, is continuously imaginative,” she says in an email interview. “I learn by making work, and learning is a very strong drive for me; so I find myself going after answers and new questions all the time.”

Koray, who is finishing a two-month residency at Virginia Center for the Creative Arts (VCCA) this month, will speak about her creative process at 7:30 p.m. Friday at Second Stage in Amherst as part of a new performance series.

“It’s really a way for us to showcase our fellows and share with the public what it is they’re doing and by extension what it is we’re doing, which is basically supporting the creation of new creative works,” says Sarah Sargent, VCCA’s director of communications and grants management.

Koray, who studied film at Istanbul Bilgi University, has had work installed at the Denver International Airport, an arboretum in Turkey, the Nature Conservancy’s historic Carpenter Ranch in Colorado, a church in the Arctic and even an industrial fishing vessel touring the Black Sea.

She has held fellowships at various artists’ colonies, including the prestigious MacDowell Colony and Colorado Art Ranch. She will also be a Helene Wurlitzer Foundation fellow in 2018.

How did you first get into film and writing?
“I was an obnoxious, precocious only child. I taught myself how to read at an early age and didn't stop reading/writing/making art after that. The sad thing is that I peaked at 9. My poetry was published, I guest edited a young adult literary journal, wrote a novel, wrote, directed and designed a play with musical numbers — all in that year. I've been trying to catch up with art and life since then. My family is to blame, of course. To give you an example, the first film my mother ever took me to see in a theater was ‘The Last Emperor.’ I didn't stand a chance.”

How did growing up in Istanbul affect your artistic work?
“Being an Istanbul brat certainly factored in. Istanbul is not only a vibrant cultural center, it is also simply beautiful; and infinitely stimulating. Although most Americans visiting Istanbul and Turkey in general focus on history, what makes my ancient land its own very special self is how new and energetic it always is, for better or worse. I don't dare stay away for more than six months at a time because everything will be different when I get back. This is what you get for being at the crossroads.”

Do you think that Turkey really is the bridge between the East and the West when it comes to art?
“Like many other Turks, I am highly skeptical of the real or imagined divide between the proposed East and West. Just the other day, two brilliant and inspiring fellows at VCCA were discussing how the Bible serves as the foundational text of Western civilization, and most people would agree, secular or not. But then again, if I am to buy into the idea of some grand civilization divide for a moment, or the idea of monolithic civilizations ever having been a reality at any point in history, the Bible is an Eastern text.

“This is just one example to remind us how complex history and culture really are. Having spent most of my formative years being shuttled across the world by a very busy mother, I have come to believe that discussing the tangible separation between colonized and colonizing cultures is more meaningful to me. And Turkey is certainly in the middle of it all, in the arts and beyond.”

Do Turkish films differ from American ones?
“Yes and no. I am a cynic and I don't believe that national cinemas can or do exist. The majority of mainstream films made across the globe are influenced by American cinema, but the differences in the modes of production allow for slight aberrations.

“There are only two Turkish films that have succeeded in creating a truly Turkish idiom, in my opinion: Belma Bas' beautiful short film ‘Poyraz’ and the late Ahmet Uluçay's ode to film and myth, ‘Boats Out of Watermelon Rinds.’ I'm not a fan of either films but they are what they are — first films, which are masterpieces.

“Turkish TV series really do differ from American ones. The good difference is that the most successful showrunners and directors have always been women. The bad difference is that anything that gets picked up is very, very, very bad. Cheesy historic series, pointless romantic dramas, frivolous crime series — we make it all. We are huge exporters of TV content worldwide, yet I detest everything we are making at the moment.”

What inspires you artistically?
“Everything. I respond to light and color, sounds and music, ideas, words, movement, people. I am drawn to mythologies, and how physical bodies intersect with natural landscapes. I rarely feel inspired by interiors and when I do, it is always in relationship with how interiors connect with exteriors. Even though I don't have a science background, I have always been interested in how science and imagination correlate, and that's a constant source of inspiration as well. After the string of eventful years we've had in Turkey, I am now easily inspired by good old peace and quiet too.”

You have written screenplays, created site-specific art pieces and are working on a novel. Why so many different types of work?
“Even when it doesn't look like I'm making films, I'm always only making films. I've wanted to make films since single-digit ages; my dedication to film is integral to my sense of self. My other ventures are always in discussion with film and cinematic problems, even when they don't feature film and video, which is rare.

“I consider myself a filmmaker in exile from film while writing a novel. I think I might really be writing this particular project because I've finally come up [with] a story I love that I wouldn't know how to film, which is equally frightening and beguiling to me. But, of course, film writing and literary prose are fundamentally different, especially in how any given present moment is charted and claimed. I unlearn everything I know, bit by bit, every day, to be able to do justice to this story that I'm craving to tell.”

You are working on a novel, "Songs From the Word Shed," while at VCCA. What can you tell me about it?
“‘Songs From the Word Shed’ takes place in a secluded institute which promises miracle cures to the Deaf and mute. An unknown child is left at the steps of the institute, which disturbs the fragile balance between the children and the adults, myth and science, past and present and, as importantly, silence and speech.”

How did you come up with this idea?
“A beautiful, haunting image I happened upon — my fear of going deaf after suffering a slight hearing loss on one ear. Two months I've spent in seclusion at another wonderful artist residency in New Hampshire. Almost 10 years of making film installations on my own, barely using any words in my work and sometimes daily life. [The] cultural and political polarization in Turkey and the rest of the world.

“These things fermented in my mind over long, long years and this story universe claimed a piece of my mind before I knew what was going on. Oddly enough, a selective mute character was in the first ever screenplay I wrote. And my family reminds me of an embarrassing phase when I would declare ‘speech free’ days every now and then as a project and walk around with a sign saying just that. Who knows why? Did I say obnoxious only child?”
Source: Emma Schkloven - http://www.newsadvance.com