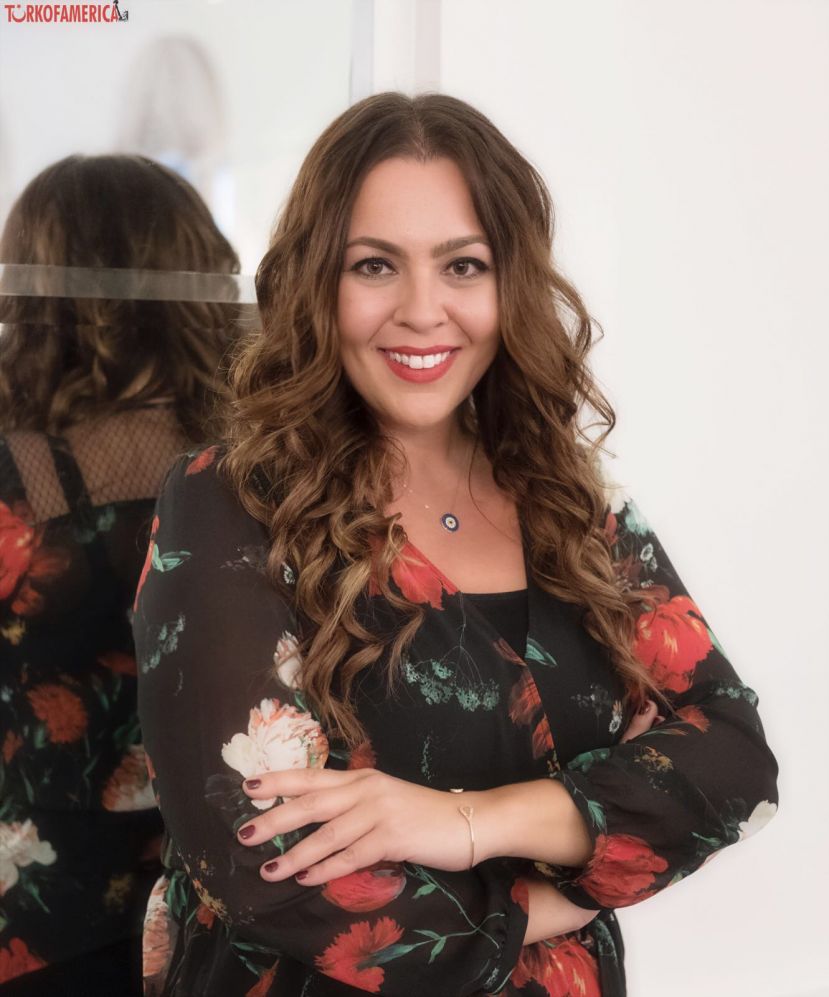 Two years in a row, the Surrey Hotel has been selected as the best hotel of New York in a readers’ survey conducted by Conde Nast Traveler magazine. The survey was taken by over 300K readers in 606 cities and the selection was done among 7394 hotels. And, the human resources director of this first place winner luxurious hotel in New York that is a part of the Denihan Hospitality Group is a Turkish professional.

Having spent her childhood at TV stations and publishing halls due to her father’s occupation, Suzan Toprak had always dreamt about working in the media sector like her father, who she looked up to as a role model. Between the years of 1993 and 1995, she returned to Turkey with her parents and stayed there with them. She attended school in Turkey during her last year of elementary school and the first year of middle school. During those years, she anchored children’s programs on radios. In 1995, they returned to New York. “But a part of me has always stayed there. I’ve always looked for a way to return”, she says.

Although she had been enrolled in the department of Radio-TV, she did not continue since her family could not feel content with her staying in the homeland. So, she left school and focused on work life. She started with her first job experience in August of 2004 in the Le Parker Meridien Hotel in New York. At the end of the second year of her employment as an assistant at her first job, she was promoted as the Human Resources Coordinator. And, her quick advance at her job also caught the attention of professionals from other firms in the hotel sector.

In 2007, she was transferred to the Warwick New York Hotel as the Director of Human Resources. For 6 years, she worked at Warwich, which was a hotel built in 1926 and visited by many famous people including Elvis Presley and Beatles members.

She is currently the human resources director of a total of 589 employees in two hotels in Manhattan, where she started working in the hotel industry as an assistant back in 2009. “Having conversations with people is something I love a lot and that’s why I really love my job. I am sometimes like a mother and sometimes like a therapist”, she says and makes sure to add that she also has to be disciplined and abide by rules strictly due to the requirements of her position.

The Denihan Hospitality Group, where Toprak works, has 11 hotels in New York, Chicago, and West Hollywood. When selecting the best employees, she does not only evaluate CVs. She mentions that she constantly observes workers in her daily life when she goes to restaurants or to stores. She has actually hired three waiters for Surrey after having met them at a restaurant that she had gone to dine.

The Surrey Hotel has a customer base made up of people with high-incomes. On top of its customer services and its luxury, the hotel is also known for the art pieces used in its interior decoration. The worth of works of art displayed in the hotel is over 31 million dollars. In the two hotels where Toprak manages the human resources department, there is a total of 808 rooms; 189 in Surrey Hotel and 619 in Affinia Hotel.

Toprak says that she had actually dreamt of working in Turkey when she started her career in 2004. “However, as time has passed here with a busy daily routine, I’ve become to think that it’s not quite possible for now”, she concludes.

More in this category: « Lessons Learned from Muhtar Kent He Purchases Firms for Pepsi Co. »