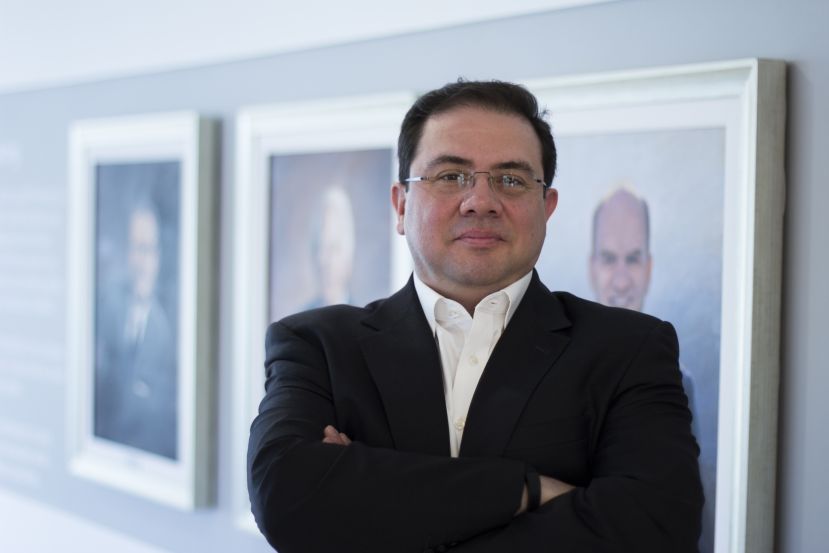 Tarkan V. Gürkan graduated from Bosporus University’s Mechanical Engineering Department in 1994. With the advice of one of his professors in college, he decided to study for his master’s degree in America. He got accepted to Dartmouth College and Yale University; and, he decided to attend Dartmouth. While he was studying, he worked at the school cafetaria and the security office for the schools computer rooms.

His father was a professor at Turkey’s Istanbul Technical University. His mother was working at İstanbul Metropolitan Municipality. He did not have the financial means. When he got accepted to the master’s program, he sold his car. Between the years of 1990-1992, he had worked for İnan Kıraç, one of the doyens of Turkey’s automotive industry. A special team of 15 people were consisted of young people specially selected by the Kıraç couple in order to train them to have position in the firm in the future. And, they were contributing to the strategy of Koç Holding in the automotive sector.

When he decided to come to USA for his master’s, he asked İnan Kıraç for support. And, Kıraç gave him financial support with the condition that Gürkan were to pay another student’s scholarship money after graduating. As he promised Mr. Kıraç, Gürkan paid the tuition of another Turkish student at California State University after he himself graduated and began working.

Gürkan interned at Sikorsky helicopter firm in Connecticut while he was at school. Starting from his second year in graduate school, he began searching for jobs. One day, the top second man of Pepsi, who is also a graduate of Dartmouth College, had come to the school campus to attend a conference. Gürkan met him at school. He, then, applied for a position at Pepsi. His first journey at Pepsi began in 1994 in the international planning department.

After growing an interest in M&A after reading a book about it, he joined the firm’s M&A team. He did analysis about the beverages sector. His market research involved China, India, Latin America, and Germany. He worked at Pepsi Co.’s M&A department as an analyst between the years 1994 and 1996.

“The status of Pepsi Co. in Germany during those years was not so good. I found a local partner there and the business picked up. That success of mine in Germany also allowed me to meet with Indra Nooyi, the current CEO of Pepsi. Nooyi used to be the head of the strategy department at that time”, says Gürkan.

MAKING BIG PURCHASE
Between the years of 1996 and 2000, after his positions at Pepsi Co., Gürkan worked at the M&A department of Nabisco, one of the leading biscuit producers in America, which also owns brands such as Chips Ahoy!, Belvita, Oreos, and Ritz Crackers. He completed projects involving firm purchasing and partnership development in China, South Africa, Venezuela, and Argentine. He managed to add England’s famous United Biscuits brand to Nabisco. United Buscuits was then bought by Turkey’s Yıldız Holding in November of 2014. He also played an active role in sale of Nabisco to Philip Morris, the sibling firm of Kraft, for 14.9 billion dollars in June of 2000.

One of the consultant banks during the sale process of United Biscuits was Lehman Brothers. Gürkan’s acquiantances with people at the bank conduced to his transfer to Lehman Brothers from Nabisco. He took on a position at the bank’s department responsible for food and beverages sector and for handling mergers between firms. He also took roles in purchase of giant firms, such as Unilever, Kraft, and Danone. In fact, he also held a position in the sale of Kraft’s remaining old yoghurt factory in New York’s New Berlin, which had then been owned by Chobani’s founder Hamdi Ulukaya.

When the Lehman Brothers went bankrupt after the financial crisis of 2008, Gürkan then took a position at the purchasing department of another giant firm, the Campell Soup that was founded in 1869.

And, when he returned to Pepsi in 2010 with the title of SVP Corporate Mergers & Acquisitions, he received the job offer from CEO Nooyi. The first major purchase that Gürkan took part in at Pepsi after returning was the purchase of Wimm-bill-dann, Russia’s leading firm selling milk and milk products. The firm that was bought for 2.5 billion dollars is still operating under Pepsi Co.

Having taken a role in purchase of nearly 60 firms Gürkan handled transcations amounting to nearly 20 billion dollars throughout his career in Pepsi Co.

Lastly, Gürkan spent a lot time for process of purchase of USA’s giant firm in yoghurt, Chobani. Coca Cola’s CEO Muhtar Kent and Tarkan Gürkan of Pepsi competed to get this brand of a Turkish entrepreneur. However, Chobani refused the offers of both of them. Defining the competition between Pepsi and Coca Cola by saying ‘We are like Fenerbahçe and Galatasaray’, Gürkan says: “If Coca Cola is interested in a firm, we also look at it to see what it does”. Gürkan mentions they sometimes meet with representatives of brands from Turkey, adding that their primary criteria for purchasing is ‘whether a product promises a future and whether it is trendy or not’. As a married father of two sons, Gürkan says they do not consume carbonated drinks at home.

More in this category: « Human Resources Department of the Best Hotel of New York is Run by a Turk PepsiCo Leading the way in Digital Transformation in HR »