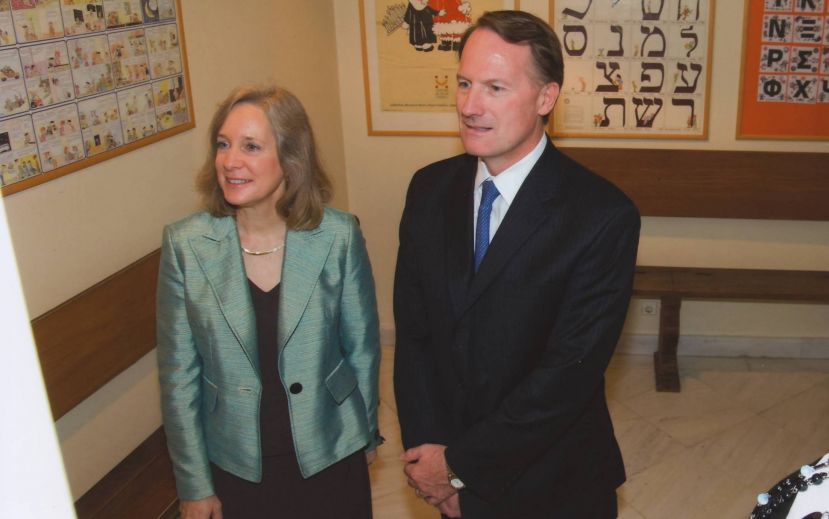 Smith is currently assistant secretary of state for intelligence and research. He was sworn in on Feb. 14, 2014. Ambassador Smith served as the U.S. envoy to Greece from 2010 to 2013. Before being appointed as the U.S. envoy to Greece, Smith served as executive secretary of the U.S. State Department. Smith's overseas services include an assignment in Istanbul, as well, and the new ambassador speaks Turkish. The official website of the U.S. Department of State says: "Ambassador Smith received his Ph.D. and M.A. from Stanford University and his B.A. from the University of Colorado at Boulder. His foreign languages are German, Turkish and Swedish."

Rumors regarding Smith's appointment to Turkey surfaced after Trump announced on Friday that Ambassador Bass would be assigned to Afghanistan. The diplomat has been serving as U.S. envoy to Turkey for three years.

"President Donald J. Trump today announced his intent to nominate the following individuals to key positions in his administration: John R. Bass of New York to be ambassador extraordinary and plenipotentiary of the U.S. to the Islamic Republic of Afghanistan," a statement released by the White House said last week.

The statement also said that the ambassador is a career member of the Senior Foreign Service, class of minister-counselor, and has served as an American diplomat since 1988.

More in this category: « Turkish State-run Agency Coverage on US Military Locations in Syria Poses Risk: Pentagon Friends Do Not Deceive Each Other, Erdoğan Tells US General Who Advised YPG's Name Change »