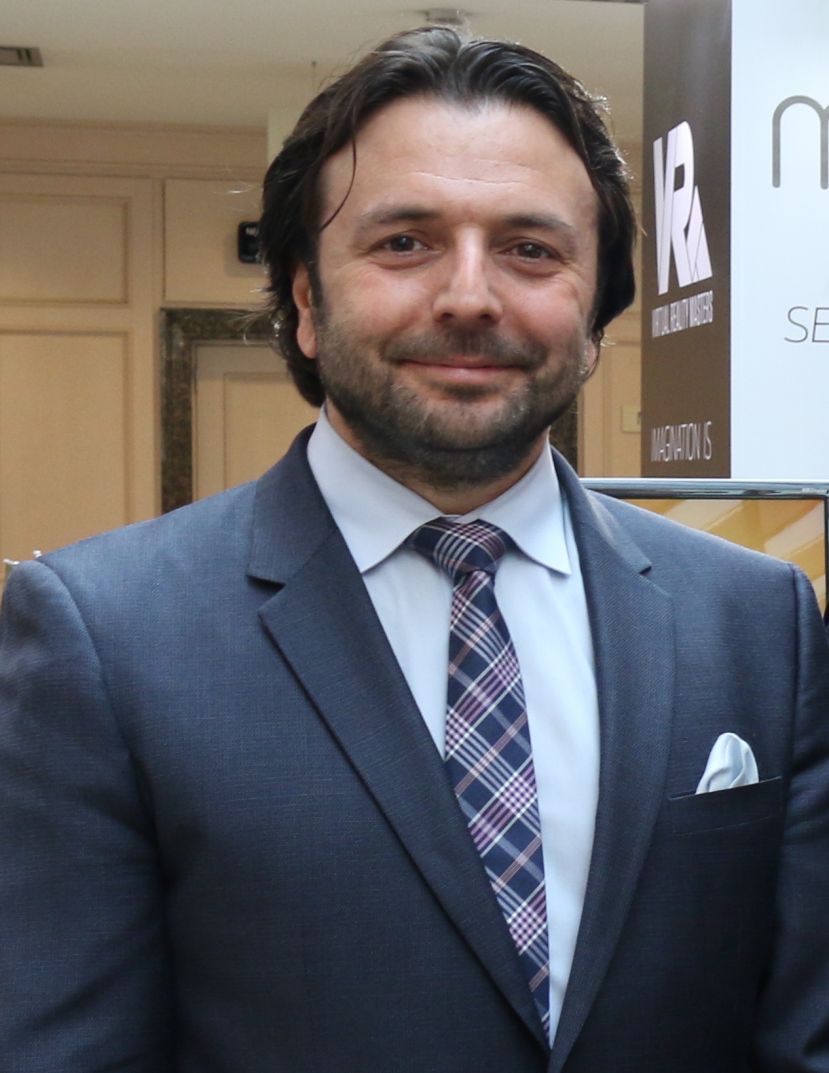 By 2017, there were at least 200 companies developing VR-related products. Facebook has over 400 employees focused on VR development. Google, Apple Amazon, Microsoft, Sony and Samsung all have dedicated AR and VR teams. We talked to one of Turkish-American pioneers of Virtual Reality. Ali Hantal, CEO of VR Masters, answered our questions?

What is the history of Virtual Reality? How has it been since the beginning of the developed?
VR is not a new concept. In the early 1900s, elements of virtual reality started to appear.  The View Master was introduced in 1939 and Sensorama’s prototype was developed in 1962. In the 1990s, the US Air Force created a full upper-body exoskeleton enabling a physically realistic virtual reality in 3D. Then Sega, Virtuality, and Nintendo introduced VR products. During the same years, the first cubic immersive room, The Cave, was developed. In 2001 SAS Cube became the first PC based cubic room. By 2007, Google introduced Street View, a service that shows panoramic views of roads, indoor buildings, and rural areas. In 2010, Palmer Luckey designed the first prototype of the Oculus Rift. Later in 2014, Facebook purchased Oculus VR for $2.4 billion. Then Sony, HTC, Google and Samsung started the VR headset wars.

How did you decide to set up VR Master? Are you talking about the application areas?
I first tried the Oculus Rift in 2014 during the CES in Vegas. As soon as I experienced the fully immersive VR world, I knew that a new story telling revolution was about to take place and started researching the technology. The following year, I founded VR Masters in the US.

The first implementations took place in marketing with the 360 videos as they were easier to produce. Hotels, universities, construction and real estate companies and car manufacturers were the early adopters of this technology to promote and market their products and services. Then 360 live streaming opened the way for the entertainment industry as they started to stream concerts and events. Then, we saw education and corporate training industry started to use AR & VR technologies to train and educate their students/team members.

Can you explain with examples how companies are making use of sales-marketing activities in practice?
A good example is the 360 coverage of the social responsibility project of OPET company in Turkey. They started “Respect for History” project in the Gallipoli Peninsula in 2006 and they renovated the historical places there. Our 360 video production team traveled to the peninsula to create 360 videos of these historical places. OPET shared these videos to successfully create publicity throughout Turkey.

How is the interest and curiosity to VR technology in Turkey and in the US, what kind of sector is expected in the future?
There is a great interest in the VR/AR technologies, however there is a need for compelling content globally. As the AR/VR content providers grow in number, the market will also grow exponentially. International Data Corporation (IDC) forecasts worldwide revenues for AR/VR market to reach $13.9 billion in 2017, an increase of 130.5% over the $6.1 billion spent in 2016. AR/VR spending is expected to accelerate over the next several years, achieving a compound annual growth rate (CAGR) of 198.0% over the 2015-2020 forecast period and totaling $143.3 billion in 2020.

How much does the development of technology contribute to the development of sub-technologies, can it be a dominant sector?
While VR will undoubtedly be a large industry, it is estimated that Augmented Reality (AR) will outgrow the VR market. Microsoft is the leading company in the Augmented/Mixed reality market with its AR Headset, Hololens. This is a wearable computer with a CPU, GPU and an HPU (Holographic Processing Unit) which can create holograms on top of the real world. Apple’s purchase of Metaio was a good sign to show the world that Apple will also be a player in the AR world. The company also announced its ARKit during its most recent WWDC 2017 meeting. Facebook's announcement of its AR Studio made it clear that AR platform wars have just begun.

More in this category: « Soliya Brings the World Together in a Class Comodo ONE Selected as SC Media 2018 Trust Award Finalist for Best Managed Security Service »