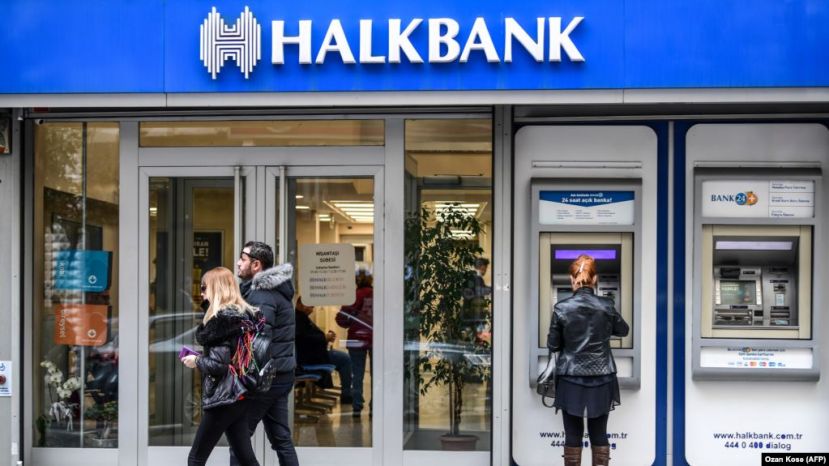 The bank’s position prompted testy exchanges with U.S. District Judge Richard Berman, who questioned why he should entertain a dismissal motion when the bank wouldn’t commit to accepting U.S. legal authority if it didn’t get its way. Berman said such moves “could only serve to delay the case,” adding: “If you don’t have that, we’re not going to get very far. Honestly.”

Michael Lockard, a U.S. prosecutor on the case, said: “There is certainly an air of gamesmanship here.”

The judge gave the bank and the prosecutors nearly a month to file additional legal briefs on the issue.

U.S. prosecutors in New York consider the bank a fugitive for having failed to respond to the charges in court. They’ve asked the judge to impose contempt sanctions on it. Two weeks ago, when Berman held an initial hearing on the case, no lawyers or executives for Halkbank appeared in court.

The charges against Halkbank were filed after extensive evidence was aired during a Manhattan trial two years ago of one of the bank’s executives, which portrayed the bank and its most senior executives at the center of a scheme to help Iran evade sanctions and tap billions of dollars in frozen funds.

After that trial resulted in the conviction of the Halkbank executive, Hakan Atilla, prosecutors began seeking a stiff fine from the bank itself. But the case languished as Turkey pressed the Trump administration to drop it, including direct appeals to President Donald Trump by Turkish president Recep Tayyip Erdogan. No charges were filed until after Turkey conducted an offensive into Syria last month.

The timing of the indictment has led Turkish officials to dismiss the charges as false and politically motivated. Most of the other sanctions that were imposed against Turkey in the aftermath of its invasion have since been lifted. (By Christian Berthelsen - Bloomberg)