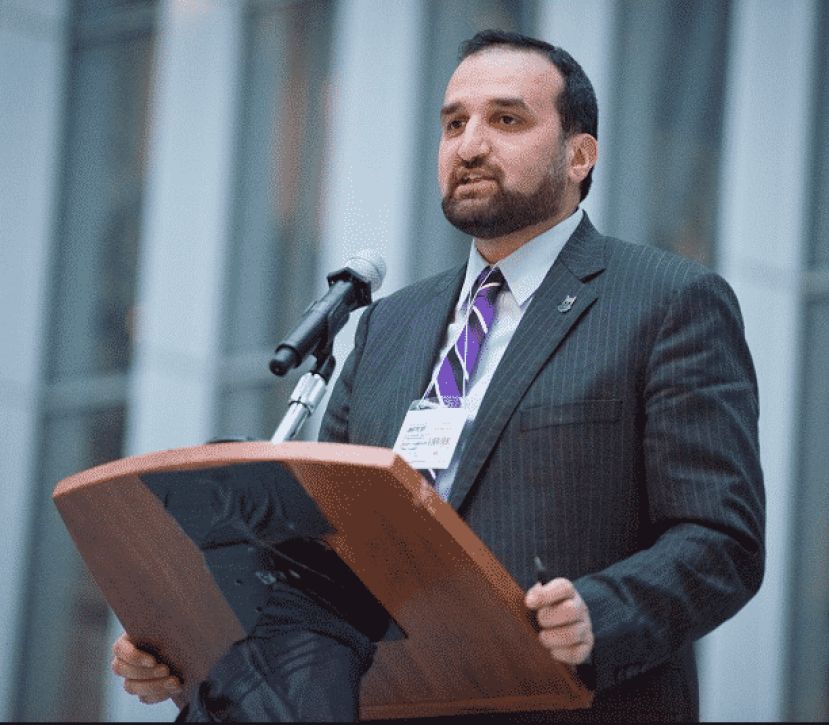 Alexandria, Va. – Islamic Relief USA President Anwar Khan participated in the 7th Annual Symposium on the Role of Religion and Faith-Based Organization in International Affairs, which took place virtually on Jan. 26. The theme of this year’s symposium, “2021: a Defining year for Accelerating Gender Equality, Equity and Justice.” He was one of several speakers on the panel, which included many high-level United Nations officials and various faith-based entities. In his remarks, Brother Anwar reflected on how Islamic Relief helped women who were attacked in places like Darfur, Sudan, and in Bosnia in the 1990s, and how rape was being used as common tactic to spread fear.

Brother Anwar also talked about the Gender Justice statement and why Islamic Relief chose Ethiopia as the venue to make the declaration because of the Muslim population in Sub-Saharan Africa.

“Let us look at the bigger goal of justice “He said, “We are trying to make action on the ground and we really appreciate working with the U.N.”

He also talked about how rewarding it was to work with another humanitarian organization to combat gender-based violence (GBV) in another African nation.

“One program on GBV that I’m really fond of is our friends from the Episcopal Relief and Development approached us. We worked with them in a project in Liberia, pastors working with imams, young Muslim students working with young Christian students fighting against gender-based violence, and that was brought up to scale by the U.N.,” Khan said. “This is an example of not just helping women in need, not just having faith actors working together, but also working private, public partnerships with the multinational and the faith-based actors.”

Brother Khan looks forward to having Islamic Relief involved in other partnerships to continue combatting GBV around the world.

Other speakers also noted the importance of fighting GBV. Shahin Ashraf, head Of Global Advocacy for Islamic Relief, said that interrogation of our histories is a fundamental starting point for understanding and engaging, with the ways in which human relations can be forged. “A vision is in sight, let’s embrace it, and let’s forge friends with people of faith, with those we are comfortable and those we are not,” said Ashraf. “Intersectionality demands that we all think transnationally and find ways to have debates in which we are respectful of our differences, and find ways to learn from them in today’s world.”

Peter Prove, director of the World Council of Churches Commission of the Churches on International Affairs, reflected on how the COVID-19 pandemic altered the processes of advancing the cause of gender justice, even as sexual and gender-based violence accelerated.

“Among the many other consequences of the COVID-19 pandemic, last year we saw the postponement of major events and the disruption of key processes that we had expected to advance the cause of gender justice, while sexual and gender-based violence and other forms of gender injustice accelerated under the conditions imposed by the pandemic,” Prove said. “This year’s symposium, convened for the first time online, has provided an opportunity for representatives of faith-based organizations and faith communities together with UN partners to pick up the threads of those postponed events and disrupted processes, to arrest the negative impact of the pandemic in exacerbating sexual and gender-based violence, and to commit to working together to accelerate the realization of gender equality, equity and justice.”

Dr Phumzile Mlambo-Ngcuka, executive director of United Nations Women, expressed the importance of looking out for one another. “I just think of the amount of grief that is out there in society,” she said. “I look at our religious leaders and pastors in the community. I’m just thinking of human-to-human needs within families, within communities as people are trying to cope. We are going need each other for these coming years, as we have many orphans, many widows, many broken families.”

And when people are “broken” at a local level, that makes situations ripe for atrocities in which women and children bear the brunt, pointed out Alice Nderitu, United Nations special advisor on preventing genocide. “The challenge—the very big challenge remains—of transferring the influence women have at local levels into national levels,” she said. “We need to understand extreme gender inequality as an enabling condition for atrocity crimes.”

“It is crucial to work with religious leaders and actors to promote a transformative faith approach which reshapes structures and organizations to push back the pushback on gender justice,” he said. “It is the responsibility of faith leaders to reflect and de-construct theological narratives, connecting them with lived experiences of women and marginalized groups.”

“Gender equality underpins UNFPA’s three transformative goals of zero unmet need for family planning, zero preventable maternal mortality, and zero violence against women and girls, including harmful practices,” said Petersen. “As we saw, the overwhelming support and encouragement of faith-based civil society actors in the Nairobi Summit on ICPD+25 (the 25th anniversary of International Conference on Population and Development), we will continue to work closely with faith actors in key intergovernmental processes and their follow up such as the Beijing Program of Action and the Nairobi Commitments to ensure the implementation and progress.”

Dr Ganoune Diop, secretary general of the International Religious Liberty Association, stressed the importance of addressing gender inequality on all levels. “Women disproportionately suffer the tragedies of human existence,” he said. “In the workplace, women disproportionately earn less and are denied higher positions.”

Speakers agreed to continue to work together in ways that build rapport between faith communities, civil organizations and grassroots efforts.

Nika Saeedi, a UN team leader for Prevention of Violent Extremism in Conflict Prevention, Peacebuilding and Responsive Institutions, said that hate speech has been surging online during the COVID-19 pandemic. “We have to accept that we have a long way to go,” she said. “Let’s identify where to put the energy.”

Dr Ibrahim Salama, chief of the Human Rights Treaties Branch, Office of the High Commissioner for Human Rights, emphasized that re-narrativization is exactly the crux of the matter—pointing to the UN, the member states, and religious bodies doing the same.

Salama made clear the tie between religion and the pursuit of human rights. “One of the weakest links in the chain of religion and human rights is the intersectionality,” he said. “The general perception has always been that these two disciplines do not mix. There is nothing further from the truth than this.”

Dr Junaid Ahmad, director of the Center for Islam and Decoloniality, responded that it really is not re-narrativization but “decolonizing received knowledge” that perpetuate intersecting inequalities, and he said this is where a “transformative faith approach” greatly lies.

Ahmad also said that pursuing gender justice ties back to serving a transcendent being. “I think that this is the starting point for someone like me and a core concept for particularly myself and within the Islamic tradition—and I think all faith-affirming traditions—is some type of divinity God, or you may call it something else but the transcendent as the one that one surrenders to,” he said. “That is a core perception that has inspired me and many others in what we call the ‘gender jihad’—the gender justice movement.”

This 7th edition of the symposium was co-organized by the World Council of Churches, General Board of Church and Society of The United Methodist Church, Islamic Relief, ACT Alliance, Seventh-Day Adventist Church, Soka Gakkai International, United Religions Initiative, and UN Women and UNFPA, for the UN Inter-agency Task Force on Religion and Development.