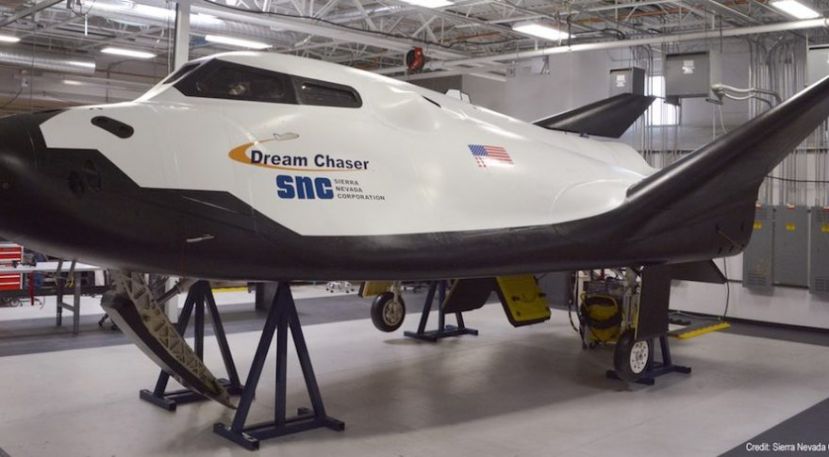 The two awarded Atlas V missions will carry pressurized and unpressurized cargo to the International Space Station (ISS). The first mission is set to lift off in 2020 from Space Launch Complex 41 at Cape Canaveral Air Force Station, in Florida. The second contracted mission is scheduled to lift off in 2021. Dream Chaser will launch atop an Atlas V 552, with a dual engine Centaur upper stage.

"SNC recognizes the proven reliability of the Atlas V rocket and its availability and schedule performance makes it the right choice for the first two flights of the Dream Chaser," said Mark Sirangelo, corporate vice president of SNC's Space Systems business area.  "ULA is an important player in the market and we appreciate their history and continued contributions to space flights and are pleased to support the aerospace community in Colorado and Alabama," added Sirangelo.

The Atlas V has received NASA's highest and most rigorous Category 3 Certification, which allows the Atlas V family of launch vehicles to fly NASA's most complex and critical missions.

The Dream Chaser spacecraft has been in development for more than 10 years, including six years as part of NASA's Commercial Crew Program and leverages more than 40 years of NASA spaceflight and space shuttle heritage. In 2016, Dream Chaser was selected by NASA under the CRS2 contract to transport pressurized and unpressurized cargo to and from the ISS with return and disposal services.

About United Launch Alliance
With more than a century of combined heritage, United Launch Alliance is the nation's most experienced and reliable launch service provider. ULA has successfully delivered more than 115 satellites to orbit that aid meteorologists in tracking severe weather, unlock the mysteries of our solar system, provide critical capabilities for troops in the field and enable personal device-based GPS navigation.