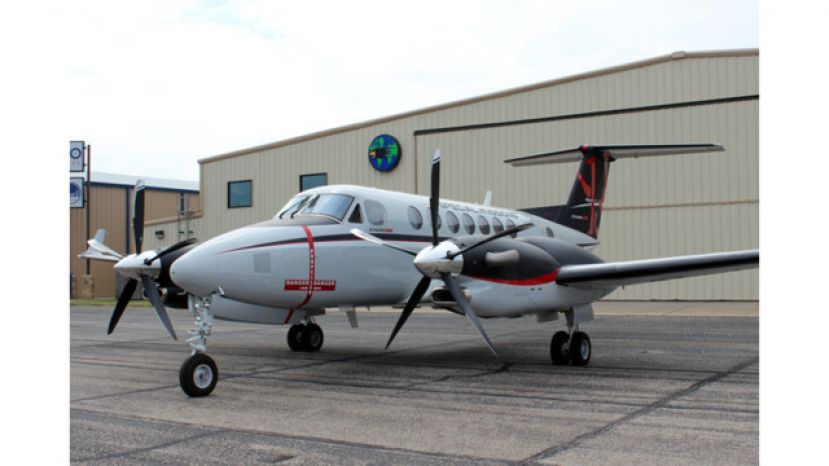 “Blackhawk is proud to be teamed with a company like SNC on this program,” said Jim Allmon, Blackhawk’s President and CEO. “With Blackhawk’s engineering and branding expertise coupled with SNC’s military and government reach, this will prove to be a highly successful program. Our government and military division, Vector-Hawk, was instrumental in the facilitation of the program, and my congrats go to VHA President, Pete Franks, for his efforts to team us with SNC.”

The XP67A will provide a 25-30% increase in power, which translates into improved climb and cruise performance for King Air 350ERs especially on hot days at high altitudes. Although the PT6A-67A will produce a 400 thermodynamic SHP increase over the stock PT6A-60A, the Blackhawk engine will actually reduce the overall weight of the aircraft by about 18 pounds.

Testing is underway at Blackhawk Headquarters in Waco, TX, and is expected to be completed in the first quarter of 2018. Once approved, SNC will have exclusivity to provide the Blackhawk Engine+ Upgrade STC Kit to the Special Missions market for US and most foreign governments/military aircraft weighing 16,500 lbs. and above. SNC will complete the installations at their network of authorized install facilities. For more information, visit the Blackhawk Team October 10-12 in Booth C7330 during NBAA-BACE in Las Vegas, Nevada.

Recognized as one of “The World’s Top 10 Most Innovative Companies in Space,” Sierra Nevada Corporation (SNC) provides customer-focused advanced technology solutions in the areas of space, aviation, electronics and systems integration. SNC’s diverse technologies are used in applications including space exploration and satellites, aircraft integrations, navigation and guidance systems, threat detection and security, scientific research and infrastructure protection. Founded in 1963 and headquartered in Sparks, Nevada, SNC operates under the leadership of owners, CEO Fatih Ozmen and President Eren Ozmen, with a workforce of more than 3,000 personnel in 34 locations in 19 U.S. states, England, Germany and Turkey providing global support to customers. For more information on SNC visit www.sncorp.com.

More in this category: « Spat with US to be Resolved Soon: Turkey's Deputy PM Citigroup Inc. Acquires New Stake in Turkish Investment Fund »