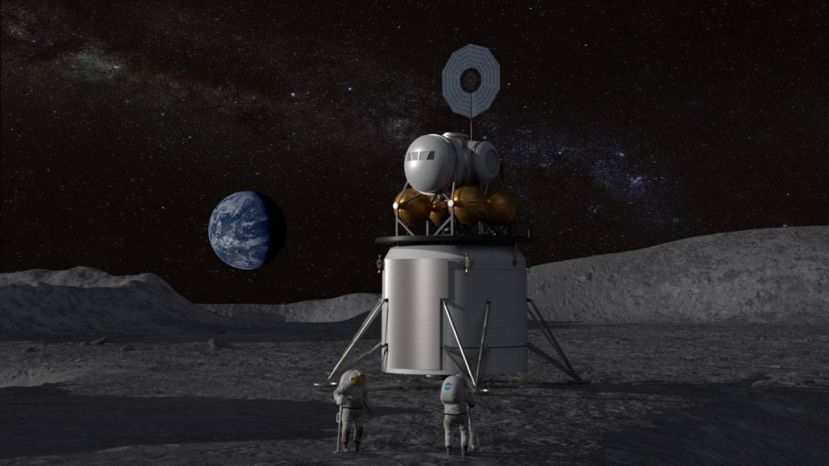 NASA is serious about making its next moonshot a joint public-private project. The space agency is granting a total of $45.5 million to 11 U.S. companies, including Elon Musk's SpaceX and Jeff Bezos' Blue Origin, to help them develop spacecraft that can get astronauts to the lunar surface. NASA aims to achieve this goal by 2024, as part of its ambitious Artemis program. The money will be awarded via NASA's Next Space Technologies for Exploration Partnerships (NextSTEP) program. Each company must contribute at least 20% of its total project costs, agency officials said.

"To accelerate our return to the moon, we are challenging our traditional ways of doing business. We will streamline everything from procurement to partnerships to hardware development and even operations," Marshall Smith, director for human lunar-exploration programs at NASA headquarters in Washington, D.C., said in a statement today (May 16). "Our team is excited to get back to the moon quickly as possible, and our public/private partnerships to study human landing systems are an important step in that process," Smith added.

NASA's moon plan involves a small space station called Gateway, which the agency aims to start building in lunar orbit a few years from now. Gateway will serve as a surface-exploration hub; astronauts will depart from the orbiting outpost and return to it when their work on the gray dirt is done.

SpaceX's award is for one descent-element study. The other eight companies receiving money are Aerojet Rocketdyne, Dynetics, Lockheed Martin, Masten Space Systems, Northrop Grumman, OrbitBeyond, Sierra Nevada Corp. and SSL. Here's what each of these companies will do, according to NASA's news release.

That initial crewed landing isn't the end goal for Artemis. The program aims to establish a long-term, sustainable human presence on and around the moon, as a prelude to crewed Mars missions. The moon is a great steppingstone for the much tougher voyage to the Red Planet, NASA officials have said.