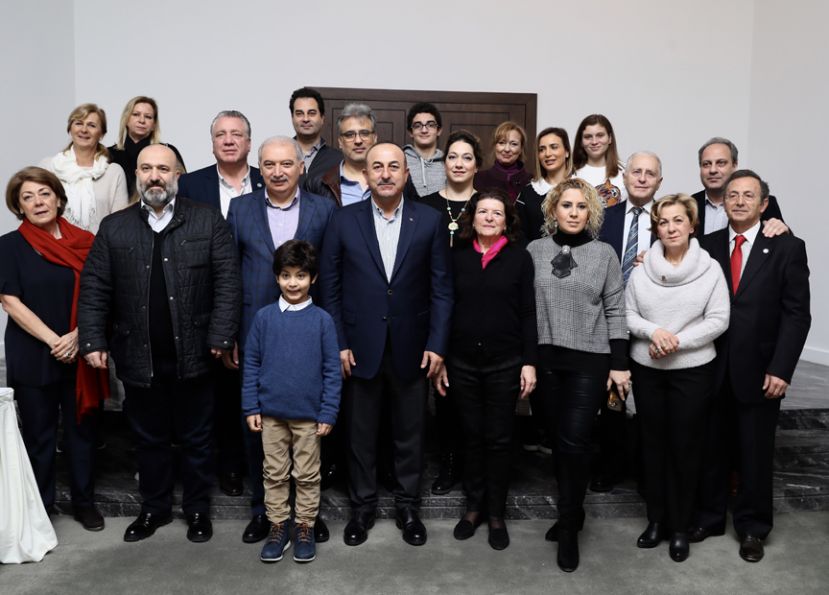 Çavuşoğlu said the Feb. 10 ceremony, held at Istanbul’s Yıldız Palace and titled “Understanding Sultan Abdulhamid on the 100th Anniversary of his Death,” was a “symbolically significant ceremony.”

“In many places we are telling our local missions that if there is an Ottoman dynasty member there they should show close interest in them. This is also an instruction from our president [Recep Tayyip Erdoğan],” he added.

Interest in Sultan Abdülhamid II, who reigned from 1876 to 1908, has risen among Turkish TV audience in recent years. The trend is symbolized by the popularity of TV series “Payitaht Abdülhamit” on state broadcaster TRT, which depicts the sultan’s final years on the throne.

On Feb. 10, the president described the republic as a “continuation of the Ottoman Empire.”

“The Republic of Turkey, just like our previous states that were a continuation of one another, is also a continuation of the Ottoman [Empire],” Erdoğan said in remarks at the ceremony to mark the centenary of the death of Abdulhamid II.

Çavuşoğlu also stated that the Turkish people are “proud of the Ottoman Empire.”

“We have learned to honor the Ottomans from our parents, from our families and from our grandfathers. Do not think that the Turkish people look negatively toward the Ottoman dynasty. From now on we will do whatever is best for us to continue on the path that our ancestors opened,” he added.