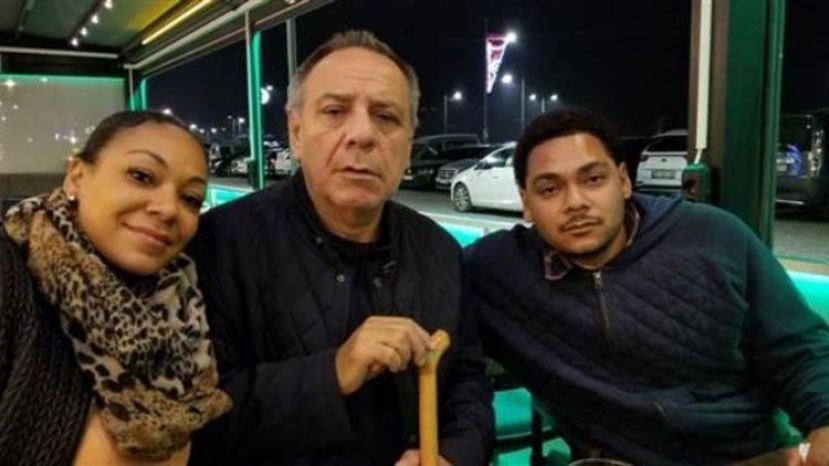 The man returned to Turkey in the early 2000s to spend his last years. He became a subject for national media when he made millions of dollars’ worth of investments in the western Turkish province of İzmir. It was where Candice Jackson, 36, and Henry Kevin Jackson, 30, traveled nearly 9,000 kilometers to find the man they claimed to be their father.

Finding his estranged brother for DNA
The brother and sister’s mother, Carolyn Jackson, had told them before she died in 1999 that their father left them. “He is a shipowner in Greece, he lives there,” the mother had said. The two siblings visited the premises their estranged father once frequented or worked, like the Chicago Club, to reveal his full identity and to find him wherever he is. Finally, they concluded their father was Turkish, not Greek, and met Pırlant twice in İzmir.

The ailing man, who had a stroke last summer and was partly paralyzed, told them he “cannot legally accept them as his children,” which forced the brother and sister to take legal action against him. The man also refused to provide a DNA sample for a paternity test, so the Jacksons found another way: They reached out to Pırlant’s estranged brother. As he had an ongoing family feud with Pırlant, he happily agreed to provide the Jacksons the DNA sample they needed.

The test result on Nov. 5 proved with 99 percent of certainty that Pırlant was the biological father of the Jacksons.

Turkish businessman denies claims
Candice Jackson told the agency she has a blurry childhood memory from the mid-1980s when she wanted to buy food and her father told her he would go get it, but never returned. “My physical features are just like my father, not my mother. I was so emotional when I met him after a long journey,” Henry Kevin Jackson was quoted as saying.

“We do not want his money. We are just offended that he did not accept us, so we sued,” her sister added. Pırlant’s attorney, on the other hand, insisted that his client was not the father. “Kasım Pırlant is being stained on baseless and unjust slanders. While we reserve our right to reply, we are continuing the legal work about the claims,” he said. (Source:http://www.hurriyetdailynews.com)