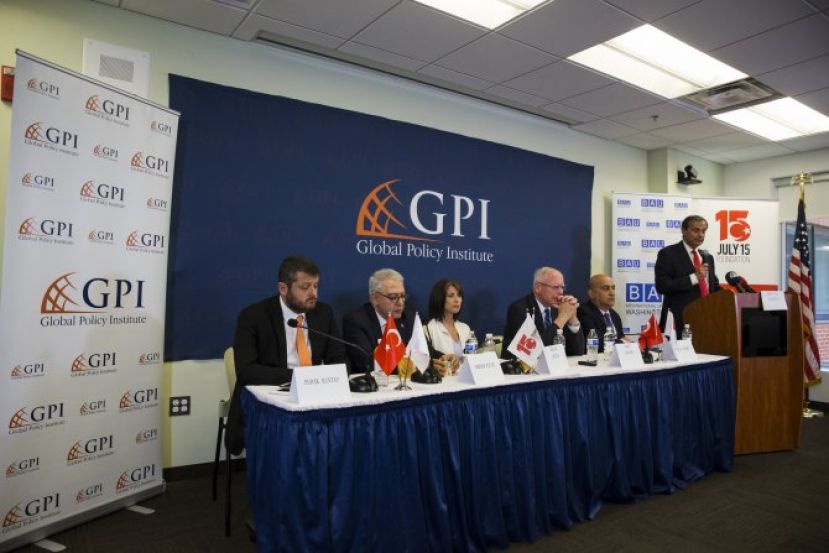 Turkish missions abroad have made more than 12,000 formal talks about FETO, more than 400 of them with presidents or prime ministers. Foreign Minister Mevlut Cavusoglu made 808 contacts and 304 telephone calls to foreign officials, following the year of the defeated coup. The foreign ministry sacked 25 percent of its staff in a bid to purge its office from FETO members.

As many as 2,789 written or video interviews were given to the press by the Turkish missions abroad discussing FETO and the defeated coup, till the filing of this report. The missions also conducted 267 press conferences and published 646 articles and letters. In addition, the foreign ministry launched a website 15.07.gov.tr in the English language, so that people from around the globe can read details of the defeated coup and its mastermind FETO.

Turkish missions abroad are holding events to commemorate the first anniversary of the defeated coup on Saturday. Turkish Cooperation and Coordination Agency (TIKA), a Turkish aid agency, is organizing events to shape public opinion about the defeated coup and FETO, at its 58 offices in 56 countries spread across Africa, Asia and Latin America.

It has named many of its projects in Afghanistan, Moldova, Somalia, Mexico and Macedonia after the martyrs of the defeated coup. In partnership with Anadolu Agency and Yunus Emre Institute, TIKA opened photo exhibitions for the defeated coup in several countries. FETO and its U.S.-based leader Fetullah Gulen orchestrated the defeated coup of July 15, 2016, which left 250 people martyred and nearly 2,200 injured.

Ankara also accuses FETO of being behind a long-running campaign to overthrow the state through the infiltration of Turkish institutions, particularly the military, police, and judiciary. World Bulletin / News Desk

More in this category: « THY Sets New 6-month Record with Passengers in Tens of Millions Who Was Behind The 15th July Coup In Turkey? »