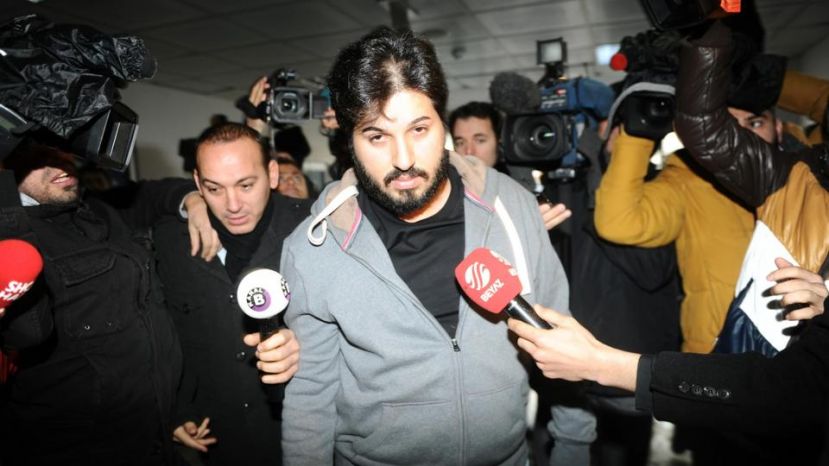 Atilla's lawyers also accused US prosecutors of withholding evidence that might help exculpate their client that included recordings of Zarrab's alleged willingness to lie in exchange for leniency.

In a letter on Monday to US District Judge Richard Berman in Manhattan, lawyers for Mehmet Hakan Atilla said prosecutors on Saturday evening turned over important materials to them that the judge ordered be turned over on November 28, and that such a delay makes it harder for the defence to prepare.

The letter was later removed from online court records without explanation.

"Zarrab is proclaiming his willingness to fabricate testimony out of whole cloth in order to obtain a reduced sentence," Atilla's lawyers wrote in the letter.

"The belated production of these statements not only violates this court's November 28 order, but also significantly impairs the ability of the defense to properly and effectively utilise them at trial," the lawyers added.

"Mr. Zarrab understands his obligation to provide fully truthful testimony," Robert Anello, a lawyer for Zarrab, said in an email.

A spokesman for Acting US Attorney Joon Kim in Manhattan, whose office is prosecuting the case, declined to comment.

Prosecutors were in court on Monday, where Zarrab is testifying for the fourth day.

Zarrab has pleaded guilty and agreed to cooperate with prosecutors.

Atilla has pleaded not guilty.

Prosecutors have alleged that nine defendants took part in a scheme from 2010 to 2015 that involved gold trades and fake purchases of food to give Iran access to international markets, violating US sanctions.

Only Zarrab, 34, and Atilla, 47, have been arrested by US authorities.

In Monday's letter, Atilla's lawyers also renewed arguments that they have not had enough time to review materials turned over by prosecutors, that were in Azeri and Turkish language, making it harder for their client to get a fair trial.

Meanwhile, Turkish police have detained a total of 17 people as part of an investigation related to Zarrab, according to police sources.

Three of the suspects had been arrested previously, and the remainder were arrested on Tuesday, said a source, who asked not to be named due to restrictions on speaking to the media.

Three suspects - identified as Sinem A, Regaip A, and Mustafa H - were working with Zarrab and allegedly sent documents to the US concerning the case.
Source: TRTWorld and agencies

More in this category: « Zarrab Acts As Witness During Atilla Trial, Cooperates with US Prosecutors What Is Atilla Case In the US About? »