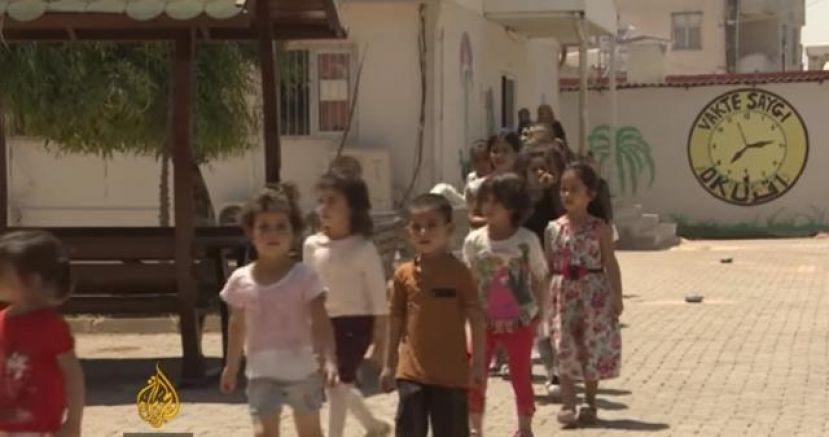 Rojava, which is known officially as the Democratic Federation of Northern Syria, has managed itself autonomously since 2012 when government forces withdrew in the early stages of the Syrian Civil War.

Since then it has waged its own war against ISIS, liberating many predominantly-Kurdish towns and villages in Northern Syria. Turkey, however, which borders Rojava to the north, has always opposed Kurdish organization in Northern Syria, and, since August 2016, has been involved in combat operations against their armed forces.

Turkey, which is an important NATO member and regional ally to the United States, has claimed that links exist between the YPG, a Syrian Kurdish paramilitary group, and the PKK, a Kurdish nationalist organization which, since its establishment in 1978, has waged a guerrilla war against the Turkish government. The PKK is on the terrorism watchlist of both Turkey and the United States. As a result, Turkey has been very vocal in its opposition to US-led military efforts in support of Syrian Kurds and Turkish officials have deemed Trump's recent arms shipments "unacceptable."

'The relationship is fraught with challenges'

Turkish objections to American military support for Syrian Kurds have not been lost on American leadership.

At a recent press conference, after addressing the Aspen Security Forum, Military Times reported that Raymond Thomas, current commander of the United States Special Operations Command, voiced his strong suggestion that the YPG should "rebrand" in order to disassociate themselves from the PKK and appease Turkish concerns.

"If they continue to keep linkage to past product — PKK linkage specifically — the relationship is fraught with challenges."

Thomas also called on the YPG to denounce links to Abdullah Öcalan, often viewed as the spiritual leader of the system which is being built in Rojava, called Democratic Confederalism. Abdullah was also one of the founders of the PKK and has been held in a high-security Turkish prison since 1999. Thomas describes a visit to a guild hall in Kobanî, a city held by Syrian Kurds, saying:

"... and whose beaming face is looking down on us from the front of the guild hall but Öcalan, and we said 'hey, that's got to go; you can not hold on to Öcalan and have any chance of legitimacy in the construct we're in."

Despite these warnings, American aid to the SDF and YPG is continuing for the moment, particularly as they prepare to move on Raqqa, ISIS's last stronghold in Syria. #American military #Kurds In Syria.