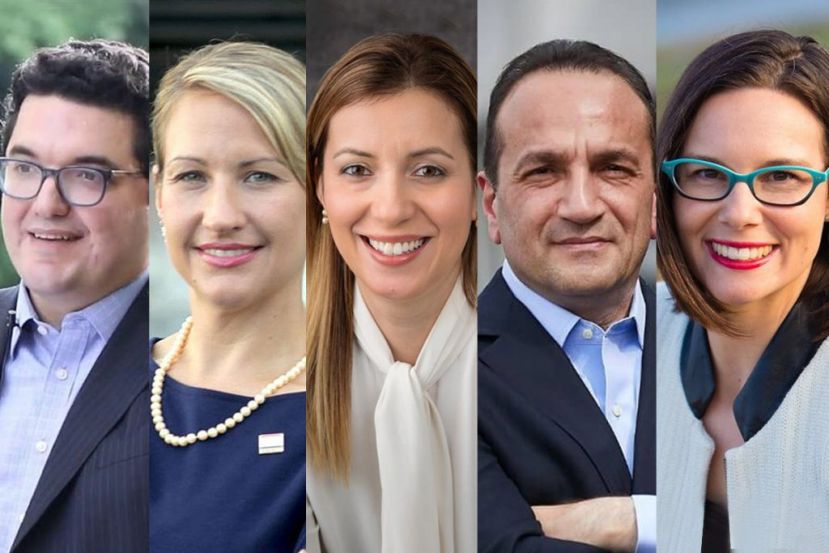 July 7 is the New Jersey Democratic primary with lawyer Alp Basaran on the ballot. He is running for the U.S. House of Representatives from New Jersey's 9th congressional district. He will be challenging the incumbent Bill Pascrell. If Basaran wins the primary, he will be the Democratic candidate in the general election on November 3--thereby keeping his chances alive of being the first Turkish American elected to Congress. Alp Basaran: www.alpbasaran.com

After the July elections, there will be a Democratic primary in Massachusetts on September 1 with Ceylan Rowe as a candidate for the Massachusetts House of Representatives. She is running for an open seat to represent the 12th Worcester District. If Rowe wins the Democratic primary, she advances to the general election on November 3 and will be vying to be the first Turkish American elected to state office.

Ceylan Rowe:  www.roweforrep.com
For the general election on November 3, there are already two candidates from the Turkish American community on the ballot. There will be four if Basaran and Rowe win their respective primaries.

Already on the ballot is Tayfun Selen, a Republican. He is up for re-election after being elected earlier in the year to fill a vacancy on the Morris County Board of Chosen Freeholders (County Commissioners).

The second candidate is Leah Ersoylu, the spouse of Turkish American Sarp Ersoylu. She is running for the nonpartisan position of trustee of the Newport Mesa United School District in Orange County, California. Leah Ersoylu: www.leah4newportmesa.com

Here's the scoreboard at the polls so far this year.--two wins and one loss. In the win column, Aycha Sirvanci Sawa became Milwaukee's City Comptroller (a nonpartisan position) after winning her election in April. She is the first Turkish American elected as a chief financial officer for a major American city and the second woman elected to a city office in Milwaukee. Tayfun Selen, in February, defeated 11 other contenders to become a Freeholder/County Commissioner in Morris County, New Jersey. Whereas for the loss, Cenk Uygur, host of the talk show "The Young Turks," ran in a special election in March for the open seat in California's 25th congressional district but did not qualify for the run-off.

Turkish American Candidates
7 July 2020
Democratic Primary for Alp Basaran, candidate for the United States House of Representatives in New Jersey's 9th Congressional District. The winner of the primary will advance to the general election on November 3.
www.AlpBasaran.com

1 September 2020
Democratic Primary for Ceylan Rowe, candidate for the Massachusetts House of Representatives in the 12th Worcester District. The winner of the primary will advance to the general election on November 3.
www.RoweForRep.com

Candidates with Ties to the Turkish American Community

3 November 2020
Leah Ersoylu, the spouse of Turkish American Sarp Ersoylu, is running for the nonpartisan of trustee of the Newport Mesa United School District in Orange County, California. Her election is on the 3 of November 2020.

More in this category: « In Letter to Trump, Turkey's Erdogan Urges Better Understanding THE NUMBER OF POLICE OFFICERS IN NEW YORK DOUBLES »