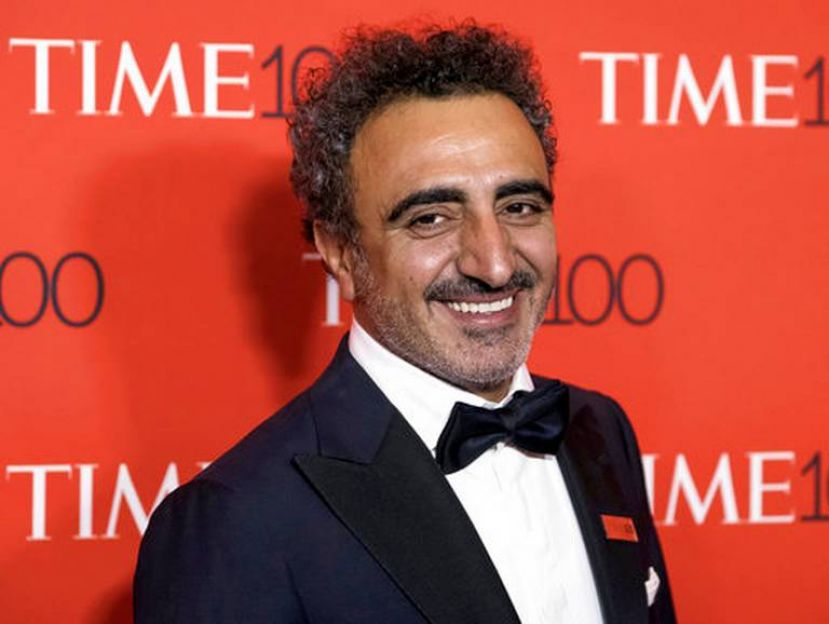 FILE - In this April 25, 2017 file photo, yogurt mogul Hamdi Ulukaya attends the TIME 100 Gala, celebrating the 100 most influential people in the world, at Frederick P. Rose Hall, Jazz at Lincoln Center in New York. As Chobani turns 10, Ulukaya talked to The Associated Press about yogurt’s place in online grocery delivery, products made from almonds and peas that are moving into the yogurt case and why the company is giving away free yogurts. Photo by Charles Sykes

Chobani is providing coupons on its site, in Walmart stores and elsewhere until March 4. The company won't say how much it is spending on the effort, which is running in most of the U.S. except Louisiana or New Jersey, where the company says dairy rules forbid it. The questions and answers below have been edited for clarity and length.

Q: Why give out free yogurt?

A: We wanted to say thank you to our fans and consumers. We have millions and millions of people buying our product and we want to invite more to come into our brand.

A: I see the value of it. But also, I'm a traditional guy. I love going in and touching food and tasting. There's always going to be both. But of course, we have to participate. So we make sure that we are a part of every single way of shopping, so our fans get Chobani the easiest, fastest and most accessible way possible.

Q: Companies that make almond or cashew milk are now selling yogurt-type products made from nuts, peas and other plant-based ingredients. Are you worried about that?

A: Look, I love innovation. Some people want to have different types of products, which is fine. I never get excited or concerned about trends; they come and go. But there are certain things that stay forever. Yogurt has been around for thousands of years. But I think it's very important that we keep the identity of the milk preserved. It's nature's gift. So you want to make this thing in a different way? Should we call it yogurt, should we call it milk? I think there's healthy debate going on out there.

Q: So do you think the government should say what companies can or can't call milk or yogurt?

A: No, I don't think we should get the government involved in stuff like this. But if something is not a pomegranate, don't call it pomegranate.

Q: Do you plan to sell the company or take it public?

A: We have no plans of doing anything in the foreseeable future. I am not against it at all, I just don't have plans.

Q: Because Chobani hires refugees, the company has been the subject of fake news stories and has been attacked by conspiracy theorists. Does that bother you or change your refugee hiring plans?

A: We have the same people making the same yogurt in the same communities. We have over 2,000 brothers and sisters in two plants that work side by side, shoulder to shoulder. Yes, we hear things here and there, and we raise our voice only when we believe strongly in things. But it's not political; we just share what we've been experiencing and what this country stands for. We open our doors for people to come and see how we make yogurt, who makes it and where it comes from.