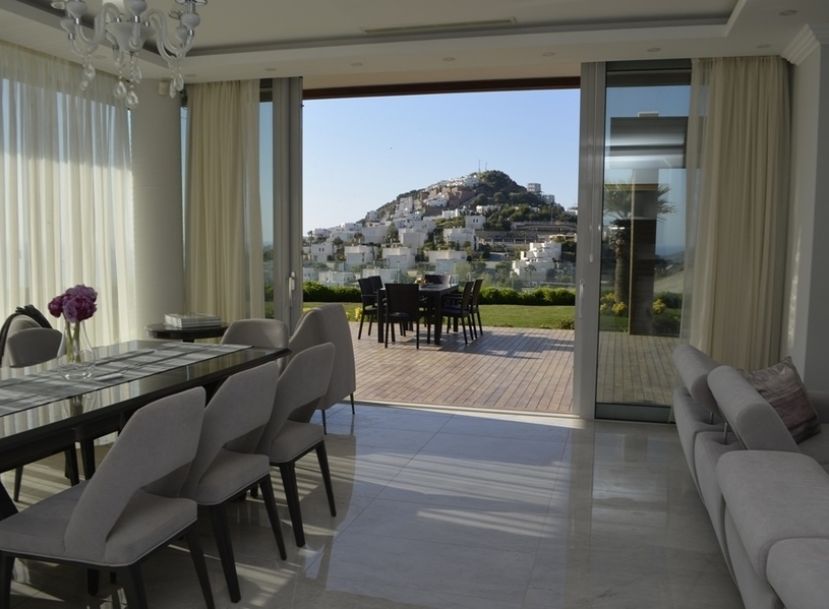 View from a villa near Bodrum Courtesy of Spot Blue

A month later, Turkish parliament sweetened the deal even further by exempting foreigner property from the national value-added tax of 18%.

Istanbul recorded the largest spike year-over-year in foreign sales, increasing 41% over 2016, according to the data.

“The outskirts and surrounding districts of Istanbul are also climbing in popularity as buyers are lured by lower property prices but with all the benefits of city living close by,” Mr. Walker said in the report.

The report did not break out luxury sales to foreigners, but Middle Easterners accounted for the biggest cohort of foreign buyers.

Iraqis made up the largest nationality of foreign buyers, increasing their numbers 25% since 2016, according to national statistics. Other major buyers included Saudis, who increased purchases by 77% since 2016. The number of home purchases by Qataris increased by 41%.

Europeans also increased their buying in Turkey. Sales to Germans increased 27%, and sales to Norwegians jumped 38%, according to the national data.

More in this category: « Abraaj Says Eyeing Turkey Deals Worth $30-$100 Mln Turkey Attracts $2.2B in Investments in First Quarter »