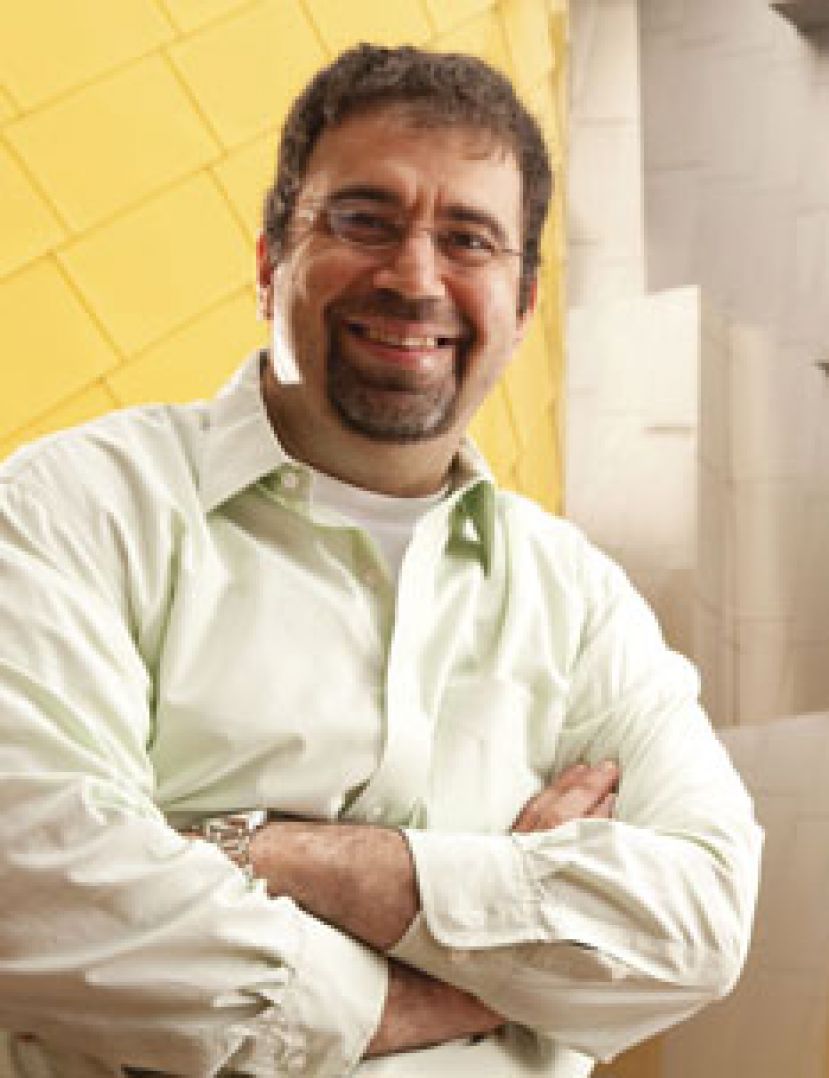 Turkish-American economist Daron Acemoglu is one of the field's brightest stars.

Americans generally support immigration. But immigrants from the Middle East tend to be viewed less favorably than those who hail from other regions. The ratio of negative-to-positive opinions of Middle Eastern immigrants is about 2 to 1. What's more, President Donald Trump campaigned and won on a promise to ban Muslim immigrants.

This outbreak of fear probably is due to geopolitical factors — the Sept. 11 attacks, wars in the Middle East, Islamist terrorism in Europe and the U.S., and the rise of the Islamic State group. Some on the American right believe the West is locked in a clash of civilizations with Middle Eastern Islam.

These fears echo 19th-century worries about Catholic immigration. In the 1800s, nativist agitators warned that an influx of Catholics, mostly from Ireland and Germany, threatened to destroy the American way of life. Of course, nothing of the sort happened. Irish and German immigrants simply became a part of the American economic and social fabric.

There seems little reason to expect that Middle Eastern immigrants will turn out differently. In economic terms, most Middle Eastern Americans are already doing well. This also is true of Muslim-Americans specifically — their income numbers are extremely similar to those of Catholic-Americans, which are very close to the U.S. national average. There are some exceptions. Iraqi-Americans tend to be substantially poorer than most, probably reflecting the influx of war refugees from the U.S. invasion of that country.

But by and large, Middle Eastern immigrants are flourishing. The reason is that, like Asia and Africa, the Middle East tends to send its better-educated, more entrepreneurial types to the United States. Muslim-Americans, for example, tend to have more schooling than Catholic or evangelical Protestant-Americans, and about the same level as mainline Protestants.

Those statistics don't do justice to the individual contributions Middle Eastern Americans have made. Mirzakhani was a rare genius, but her success was far from an isolated example.

Everyone knows that Steve Jobs, perhaps the most revered and successful entrepreneur in recent American history, was the son of a Muslim Syrian father. Many innovative U.S. companies have been started by folks of Middle Eastern extraction. Arash Ferdowsi, an Iranian-American, co-founded Dropbox, the web-file hosting service, and Bob Miner, also of Iranian descent, co-founded Oracle. Next time you bid on an auction on eBay, thank Pierre Omidyar, a French native of Iranian descent. And next time you get a date on Tinder, thank co-founder Sean Rad, another Iranian-American. If you've ever made copies at Kinko's, thank Arab-American Paul Orfalea. And if you or your kids enjoy the video games "World of Warcraft" or "Overwatch," thank Egyptian-American Allen Adham.

The list goes on. In science, too, Middle Easterners have been doing great things. There's Nima Arkani-Hamed, an Iranian-American who works at Princeton University as one of the country's premier string theorists. There's Nobel Prize-winning Lebanese-American chemist Elias Corey. There's Firouz Naderi, an Iranian-American who directed NASA's successful Mars exploration program. And Turkish-American economist Daron Acemoglu is one of the field's brightest stars. Again, there are many more examples where these came from.

Like Irish, German, Italian or Russian immigrants in previous centuries, Middle Easterners hail from a region that is unfamiliar to most Americans. And like Catholic and Jewish immigrants before them, Muslim-Americans follow a religion that may seem strange and frightening to many. But like those earlier waves of newcomers, Middle Easterners will eventually become just another bunch of regular Americans.

Already, there is clear evidence that Muslim-Americans, for example, are rapidly becoming more liberal and secular, just like their Christian and Jewish predecessors. American society is simply much better than Europe at integrating newcomers into its social fabric and national polity. This is no surprise, since the United States has been a nation of immigrants since the start.

The backlash against Middle Eastern immigrants in the U.S. is an overreaction to global events. The reality of Middle Eastern immigration looks headed for the same happy ending that has defined previous groups of new Americans. This doesn't mean every Middle Easterner who wants entry should be granted it. Vetting is important, and those who seem like a security risk of course shouldn't be admitted. But cutting off the flow of hardworking, talented, entrepreneurial individuals from the Middle East, as some are now trying to do, would be a significant self-inflicted wound for our country.

* Noah Smith is a columnist for Bloomberg View columnist. He was an assistant professor of finance at Stony Brook University. He blogs at Noahpinion.