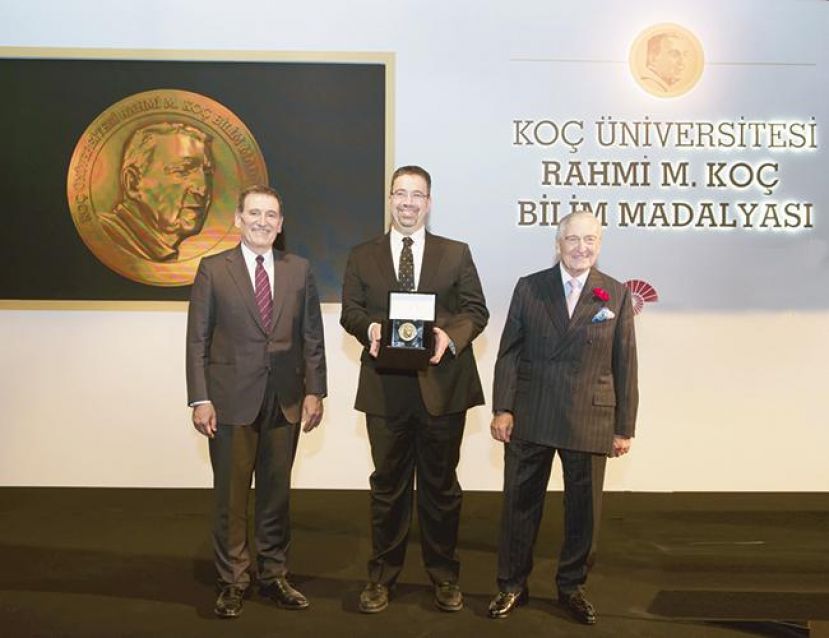 The fruit of 15 years of extensive research, “Why Nations Fail” challenged conventional economic wisdom by using empirical evidence to show that a nation’s economic success depends on well-functioning and inclusive economic and political institutions.

“This award is of great importance to me, as Koç University is one of the few Turkish universities that stresses academic independence, university autonomy and scientific thinking,” the Turkish MIT professor of Armenian descent said in his speech at the award ceremony.

The “Rahmi M. Koç Medal of Science” recognizes the achievements of exceptional individuals of Turkish origin under the age of 50 who have shown outstanding success and significant progress in their field, according to the university website.

Koç University Boards of Trustees and Overseers Chair and Koç Holding Chair Ömer Koç said they were honored to give the award to a scientist who has made such important contributions to the struggle to establish a developed and prosperous world.

Koç also said their aim was to establish an exemplary university that would serve both Turkey and humanity by training graduates to think creatively and independently.

“Koç University, which was established according to the words of [Turkey’s founding leader] Mustafa Kemal Atatürk on science, stresses science as the most reliable guide in life, and has become an attractive center for academics and scientists over the years,” he said, adding that the university has been steadily improving its ranking among the world’s universities.

The medal, the recipient of which is chosen by a special panel of academic experts, is awarded in alternating years in the fields of “Science, Engineering, and Health Sciences” and “Administrative, Social Sciences, Humanities, and Law.”

The first medal was awarded in December 2016 to Prof. Aydoğan Özcan for his widely influential work in “Science, Engineering and Medicine.”