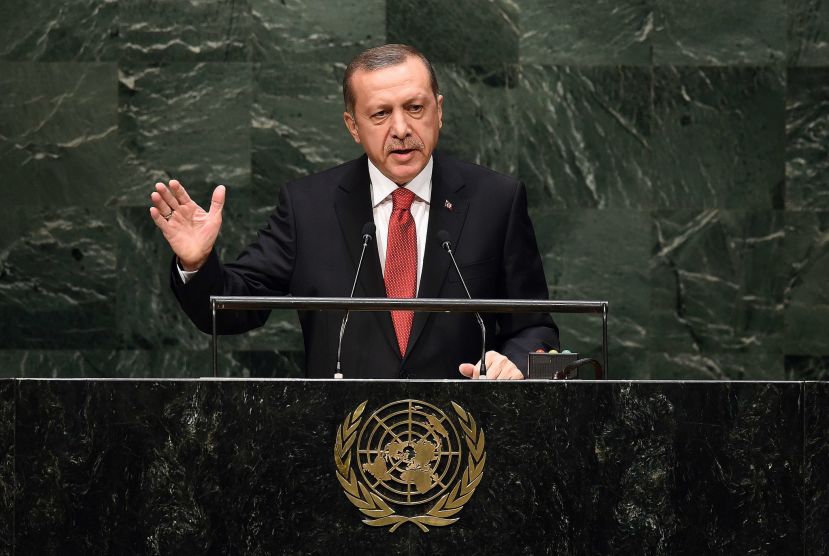 "This is an unprecedented phenomenon on a global scale.  We have spent about $32billion for the care of the refugees so far. "Furthermore, we have provided aid to millions of people in need across the country. But the EU only allocated €3bn to Turkey. We expect more generous and flexible support mainly from the EU."

Mr Erdogan's rage also hit the UN themselves. Arguing the UN no longer represents the interests of its members, he demanded the international body to take some important steps towards modernisation. He said: "The world is greater than five countries, the UN today represents a different world than the one we were left with after World War II.

He also claimed Turkey is the "voice of the world", worried about many issues the UN seems not to be able to actively take care of - such as the crisis between Palestina and Israel. In his opinion, the UN are just verbally condemning certain situations without acting to stop injustice. However, he also spoke of an issue directly interesting Turkey.

Mr Erdogan said Turkey could not remain silent over the use of sanctions issued by members of the UN as weapons while Turkey is in a bitter standoff with the United States over the fate of a Christian pastor detained by Ankara.

He added: "None of us can remain silent to the arbitrary cancellation of commercial agreements and the use of economic sanctions as weapons. "We are in favor of solving our problems through conducting a constructive dialogue on equal terms." (By Alice Scarsi - www.express.co.uk)