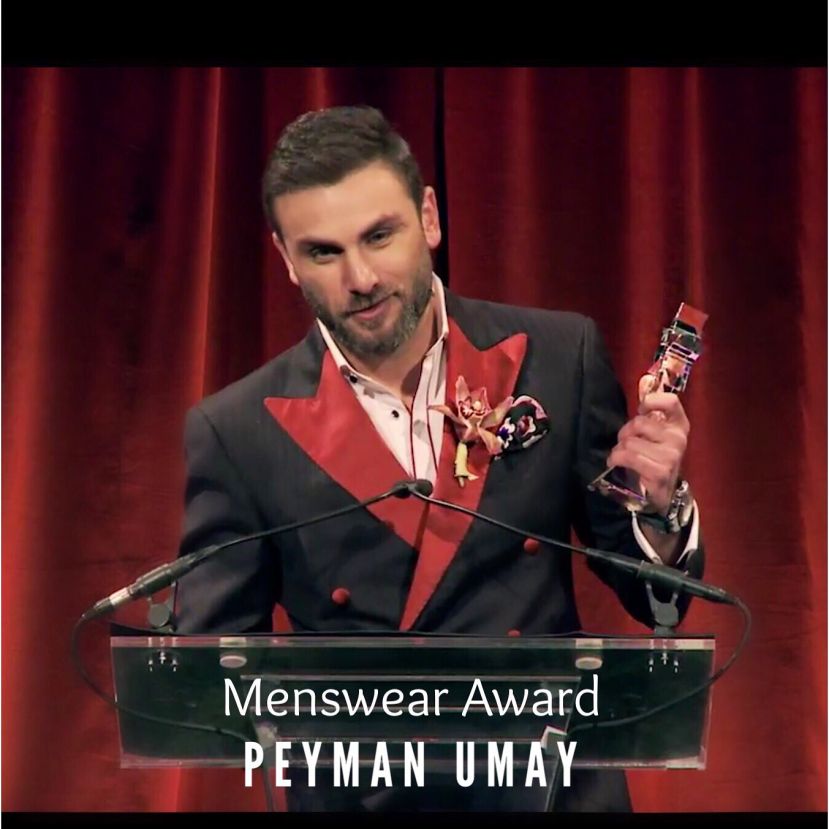 Last year, designer Umay won Fashion Group International Rising Star Award and the world of fashion gathered at Cipriani 42nd Street for the Fashion Group International’s Rising Star awards, which included the Oscar-winning actress Whoopi Goldberg, who delivered the keynote address, along with many other decision makers in the industry. The Rising Star awards focuses on celebrating emerging forces in fashion for their creativity and vision. Last year’s Menswear prize was awarded to designer Peyman Umay.
“When I had nothing but pocketful of dreams, people called me ‘dreamer’ but I was the one who never slept. If you back your hard-work with a burning desire and faith, you can do anything you could think of,” Umay says.

Umay’s fashion line has stirred quite the celebrity buzz in the past years, due to his impeccable eye for detail. His clientele includes actors Mickey Rourke, Jeremy Piven, singer John Legend, Dave Diehl of the New York Giants, CBS evening news anchorman Scott Pelley, celebrity chef Todd English, Ryan Serhant from “Million Dollar Listings,” Sonja Morgan from “The Real Housewives of NY” and a host of others. Peyman Umay has been featured in TV shows such as “Design Star,” “The Real Housewives of NY”, “Million Dollar Listings” and “The Celebrity Apprentice.” While establishing an award-winning career in fashion, he directed his studies to another big passion of his, acting. Peyman attended New York Film Academy, 'Acting for Film' program. Upon graduation from New York Film Academy beginning of 2016, Umay started his professional acting career, landing some leading and supporting roles in 4 films all of which are in post-production at the moment. Two of his movies will be released in March and May of 2017. Having to creative direct his fashion brand and focus on his acting career at the same time, Peyman's weeks and weekends are spent in between fashion shoots, acting workshops, runway shows and auditions and movie sets. The celebrity designer spends his time in between Aspen, New York and LA; running his fashion brand and working on his upcoming movie projects in an effort to build an acting career as respected as the one in fashion.

More in this category: « Archaeologists in Turkey Believe They Are Digging Up the Original Santa Claus Meryem Uzerli: International Star You Should Know »