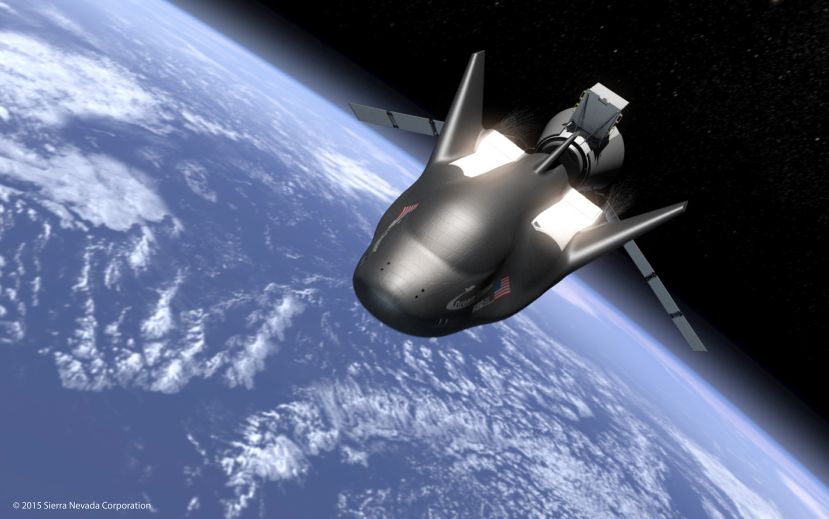 CAPE CANAVERAL, Fla. - The International Space Station will have a new spacecraft visitor starting in 2020 now that Sierra Nevada has received NASA approval to send its Dream Chaser cargo carrier to the orbiting laboratory. The Nevada-based commercial space company said Wednesday that it has the go-ahead from NASA to finalize the spacecraft, which looks like a mini space shuttle, for cargo resupply missions beginning in late 2020. “SNC has been successfully completing critical design milestones as approved by NASA, and having a timetable for the first launch is another important step achieved for us,” Sierra Nevada Corp. CEO Fatih Ozmen said. “The team has worked so hard to get to this point and we can’t wait to fulfill this mission for NASA.”

SNC has been conducting “free flight” tests with Dream Chaser above the California desert near Edwards Air Force Base. Essentially a helicopter lifts the spacecraft and then releases it sending it flying above the desert and then landing similarly to an airplane on a runway.

Watch the video below to see what that looks like. Hint: It might remind some of the space shuttle program

Dream Chaser can carry more than 12,000 pounds of supplies and science experiments to the International Space Station. The spacecraft will stay attached to the ISS for a time then return to Earth, landing at Kennedy Space Center on the old shuttle landing runway.

NASA has awarded a second round of commercial resupply contracts in 2016 to SpaceX, Orbital ATK and Sierra Nevada Corp. SpaceX already delivers supplies via its Dragon cargo capsule and Orbital ATK uses its Cygnus spacecraft.

Dream Chaser is contracted for at least six resupply missions. United Launch Alliance will launch at least two of those missions using its Atlas V rocket. (By Emilee Speck - clickorlando.com)