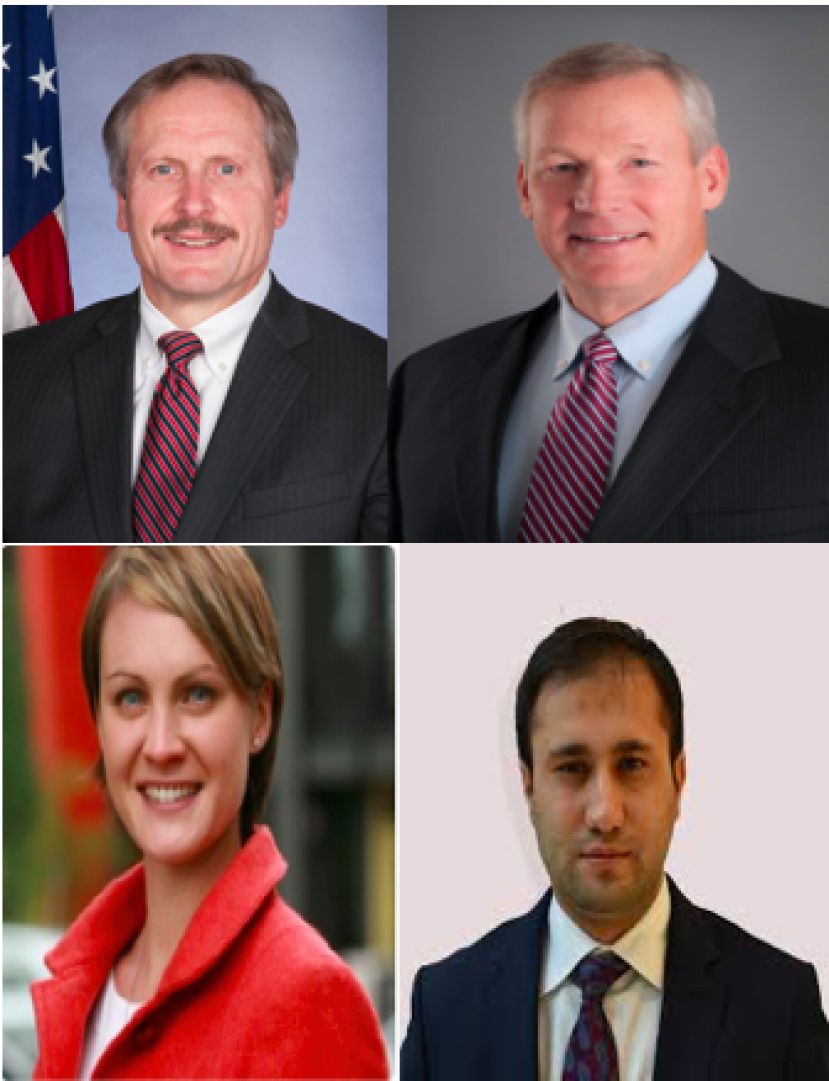 Ali Cinar, the Senior Diplomatic Correspondent at Turk of America, interviewed U.S. Officials(retired) and experts on U.S. Policy towards the Southern Caucasus. The South Caucasus is becoming one of the most dynamic geostrategic regions of the globe, reflecting the long-term interests of the United States.

-We have a new administration as a result of the presidential election. They are still forming their foreign policy team and working out their direction in national security.

-I have the following to offer what the US and Turkey can do as allies in the NK region.

a)First, Turkey is doing the important task of peacekeeping--observing, reporting, and facilitating compliance and violations of agreed-upon principles and practices. I personally think that Turkey should be more involved in that endeavor as a counterpoise to Russia's outsized presence and involvement, but this is a matter of the agreed-upon framework for the ceasefire and other terms that ended the conflict. b)Second, the U.S., Turkey, and Azerbaijan have cooperated and worked on regional issues in important areas, which should continue. I specifically think the three nations could develop an offramp for the peacekeeping operation and return to normalcy on the ground without outside presence and enforcement. The departure of Russian and Turkish peacekeepers from NK should be taken to complete the restoration of Azerbaijan's borders and the status quo ante and by international law.

c)Third, Turkey and the US should work with regional partners to identify methods and strategies to secure energy pipelines and ensure they can transport Central Asian energy to markets farther to the west. Fourth, Turkey and the U.S. should work to develop public-private partnerships to develop the economy of NK. This will be foundational to reestablishing the region's economy and making life sustainable and livable for the residence regardless of their national allegiances.

d)Finally, I think there might be some work to be done with humanitarian demining and reduction of the military fortifications in the area, which could help safely restore the land to economic use. Both the U.S. and Turkey could sponsor and facilitate such operations.

-There is a ceasefire in Nagorno-Karabakh, but there is no peace yet. The USA can play a leading role in establishing this peace process.

- Russia has a strong military presence in Georgia, Azerbaijan, and Armenia

-The gas agreement between Turkmenistan and Azerbaijan is also a hope for the west.

-In my opinion, what is important is that America uses its power to be seen as a fair interlocutor. That means making both sides a little uncomfortable, I think. But I believe this administration will take a balanced approach to move forward under the new status quo to foster peace in the region

-When the Biden campaign issued their statement on the NK conflict, I actually didn't have as much of a problem with it as some people did. I thought he called out both sides, which is necessary because both sides have suffered and both sides have committed injustices against the other. That is a simple fact and has to be accepted to move forward.

-In Karabakh, there are no 100% winners. The big "win" for AZ, though, was getting back the occupied territories and Shusha as well as Lachin compromise

-In NK itself, the fact is that Armenians and Azerbaijanis will have to live together there even when the status is settled

-So winning to me is a status for NK that acknowledges it as AZ territory but gives Armenians cultural rights and a true guarantee of living in safety and peace, and this will take time

-The more development that happens, the more people will be committed to peace's economic benefits, and the less need there will be for the Russian military force. Russia doesn't have a reputation for leaving once it arrives somewhere. I believe that if things are done correctly, military power will be balanced by the kind of power needed for long-term peace in the region.

-However, recent developments in the NK war, political developments in Georgia, and the military coup attempt in Armenia are already settled before the Biden officials are fully seated.

-Although the Caucasus region is small for the U.S compared to China, Iran, and NATO, it is not difficult to guess that the Biden administration will try to be effective in the Caucasus and other geographies with the motto "America is back".

- The winner is Azerbaijan in the NK war. Also, - Armenia will benefit from the peace process in the future.

-U.S. had taken an active role in the negotiations aimed at the Minsk Group's solution for the NK problem. However, the U.S. did not show much political interest during the November 3rd presidential election. ,

-I think that the U.S. will make efforts to establish permanent peace, especially by working with Azerbaijan and Armenia, and will try to play an active role in the post-war rehabilitation process.

-Turkey's role as NATO as a member was significant during the NK war.

-I think that Armenia will be "encouraged" by the U.S. to take steps towards permanent peace with Azerbaijan and integrate it into economic projects.

- Azerbaijan is a significant and strategic country for the U.S, especially in the field of energy and security

More in this category: « President Biden addresses nation, sets May 1 target to have all adults vaccine-eligible Foreign Policy Priorities for the BIDEN Administration and Repair of Global Alliances »