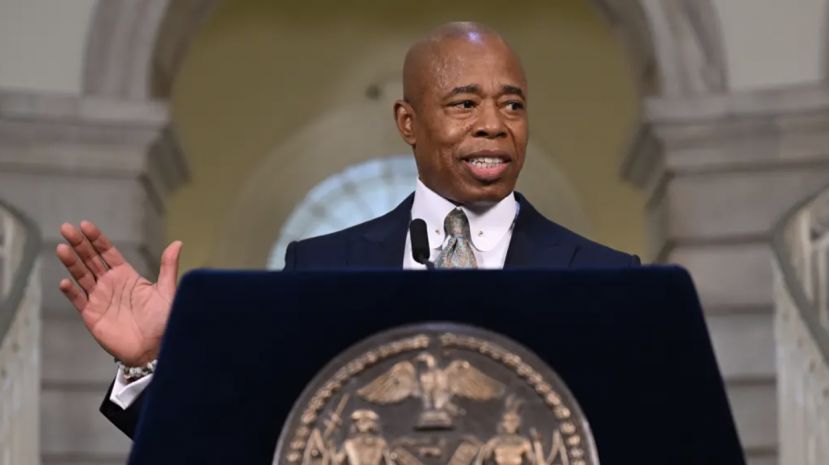 New York Mayor Eric Adams announced a draft budget of $100 billion for 2024, which includes cuts to social services, education and public libraries, and kindergarten for children under 3, which is free of charge.

Adams' announcement to impose budget restrictions caused controversy in the city and city council, particularly the cuts to social services and education budgets.

Mayor Adams had previously announced budget cuts to programs relied on by New Yorkers due to the economic crisis caused by the influx of tens of thousands of asylum seekers sent to the city by bus from other states.

'New Yorkers will suffer greatly from the budget constraint in libraries.'

The draft budget announced by Mayor Adams recommended cutting the budget for public libraries by $13 million this fiscal year and by more than $20 million next year.

Mayor Adams announced reduced working hours and the termination or closure of some programs in about 200 public libraries due to budgetary constraints. It was stated that the cuts proposed by Mayor Adams for libraries would greatly harm New Yorkers.

The proposed budget cuts for libraries, essential for people without internet access at home or for after-school tutoring and English language training, drew backlash.

Anthony W. Marx, President of the New York Public Library, said that worrying about where and what to cut kept him up at night.

A group of 13 members of the New York City Council stated that the mayor's latest budget adjustments would lead to instability in the city and said, 'The proposed restrictions are extremely cruel and dangerous.'

Mayor Adams, on the other hand, seemed determined. He stated the budget cuts were due to the influx of over 40,000 refugees. He said, 'New York has now come to a breaking point. We foresee that we can no longer continue to host incoming refugees on our own. The load on our infrastructure is huge. We filed an urgent request for help in New York this weekend. In this request, we urgently asked them to allocate funds to provide shelter for 500 asylum seekers.'

It is stated that New York City Mayor Adams met with the mayor of El Paso on Saturday and toured areas where refugees are known to cross the border.

El Paso is the city on the American-Mexico border where refugees have flocked the most recently.