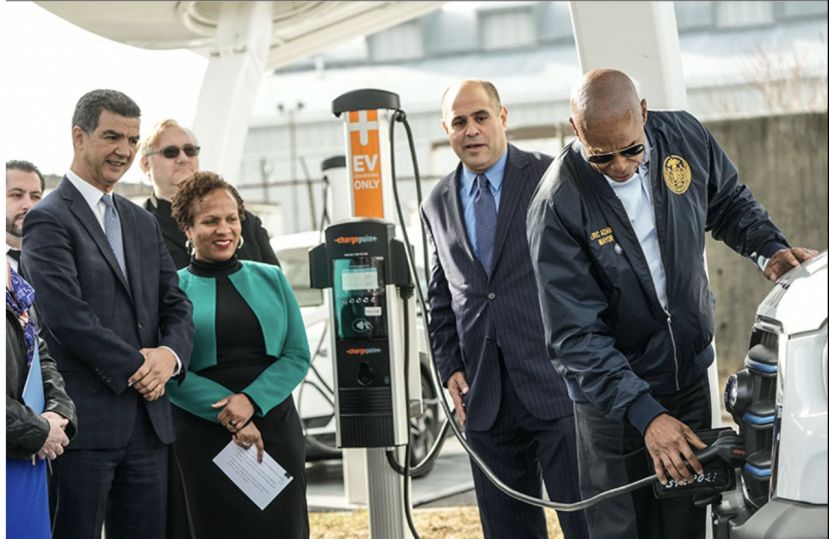 Mayor Adams said: “When New Yorkers see cars, trucks, and vans with the ‘NYC’ logo on the side, they can rest assured that those vehicles are contributing to a greener city,” said Mayor Adams. “We are already ahead of schedule in transitioning city vehicles away from fossil fuels, and this new grant will allow us to take nearly 1,000 fossil-fuel vehicles off our roads, helping us reduce carbon emissions, make our air cleaner, and save on fuel costs.”

“We are laying the groundwork for an all-electric fleet of the future that will support critical citywide operations while benefiting the environment,” said DCAS Commissioner Pinnock.

“New York City must lead by example, and we are grateful for these critical partnerships with the federal government to help us reach our climate and air quality goals,” said New York City Mayor’s Office of Climate and Environmental Justice Executive Director Kizzy Charles-Guzman. “This investment in electric vehicles and charging infrastructure will improve the health of New Yorkers and create a more sustainable New York.”

As of September 2022, DCAS reached its 2025 goal of transitioning 4,000 vehicles in the city fleet to electric vehicles — three years ahead of schedule. Currently, the electric fleet includes a wide range of vehicle types and categories from over 200 Ford Mustang Mach Es — most of which are for law enforcement purposes — to nearly 850 GM Bolts. DCAS expects to operate over 5,000 EVs by June 2023.