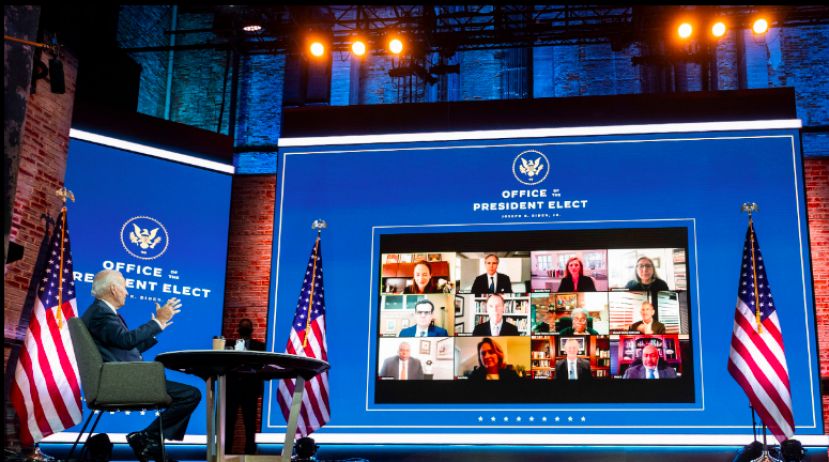 Joe Biden, who has been elected president according to unofficial results following the November 3 elections in the U.S., has criticized Trump administration officials once again for failing to share information concerning the vaccination distribution processes with his team. Biden has warned that failure to share this information could lead to more lives being lost. During his teleconference call with governors, Biden stated that the country's mask mandate was being discussed. Biden also said that he would be announcing his Secretary of the Treasury immediately after Thanksgiving Day.

President-Elect Biden, who stated that the governors who had participated in the meeting had presented a joint resolve, said, "They have shown that we are all Americans, before all else." Biden stated that it was necessary to fight against the coronavirus, which has caused the loss of 250,000 lives, in unity, as "one country" and listed the matters planned within the scope of the coordination activities.

First, Biden stated that the states, cities, and local communities need to receive economic support from the federal government and that businesses, schools, and working families needed to benefit from that support.

Second, Biden pointed toward the need to find ways to distribute a safe vaccine to everyone equally and emphasized that distributing 330 million vaccines would take a great deal of time and require resources and cooperation. Biden said, "There is no need to raise false hopes," and also stated that campaigns were being planned in order to inform the public in the correct manner.

President-Elect Biden stated that a national mask mandate was one of the matters discussed on the agenda, and said that this needed to be seen as an act of patriotism rather than a political stance.

Biden, who stated that it was possible to accomplish all of these, said, "We need to come together as a country to be able to cope with the problems."

On the other hand, during the Q&A session of the event, Biden said that he would be announcing his nominee for the Secretary of the Treasury immediately after Thanksgiving and that this person would be one who would be accepted by both the moderate and progressivist sections of the Democrat Party.

Biden stated that the U.S. would immediately rejoin the World Health Organization and the Paris Agreement, which President Trump had withdrawn the U.S. from, and responded to a question as to whether he was considering economic sanctions against China by saying that the objective was not to punish China but to show it that it needs to play by the rules.

President-Elect Biden stated that there was no excuse for the Trump administration not to share the data related to the coronavirus vaccine distribution activities, and said that it would take months for the work once they took over and that this would mean more deaths.

Biden, who stated that they had discussed the urgent needs of the states with the governors and that action needed to be taken straight away to meet these needs, said that the National Defense Production Act could be put into action for this.

"I'm going to shut down the virus, not the economy."

When he was asked whether he would shut down the country completely in the fight against the virus, Biden said, "I'm going to shut down the virus, not the economy." Biden, who said, "Let me say once again that there will be no shut down at a national level," continued as follows: "That would not be productive. Every city and every community is different. The measure which will be taken here will also be different.

Biden pointed out that blacks, Asians, Native Americans, and those of Latin roots are the groups that mostly suffer the worst and pick themselves up the latest during crises, and said, "We will reverse this."

The Democrat Party candidate Joe Biden, who has won the U.S. presidential elections according to the unofficial results, continues to determine the team he is going to work with at the White House.

The campaign team of Biden has announced the individuals appointed to four positions, including the directorates of legislative affairs and the presidential personnel office.

Louisa Terrell,Director of the White House Office of Legislative Affair

More in this category: « Voters Show Great Interest in the Presidential Election Kosoglu to Work at the White House! »