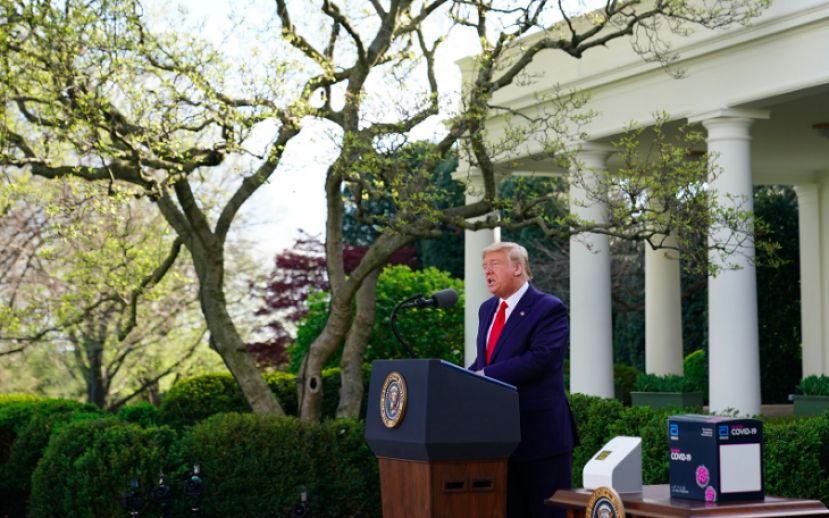 President Donald Trump organized a press conference at the White House where he announced, “The next two weeks are critical. Everybody should do their part and pay attention to social distance. This nightmare will come to an end one day. We decided to extend the precautions related to COVID-19 until April 30.”

“Today, we reached a historic milestone in our war against the coronavirus. Over one million Americans have been tested — more than any other country by far. [They are] not even close.”

Stating that his administration made serious progress on the coronavirus epidemic and they expected the death rate of the pandemic to reach its peak in 2 weeks, President Trump added that it is his expectation that the recovery process will have begun by June 1.

Over 2 Million People in the U.S. Could Die if Coronavirus Goes Unchecked

President Trump said, “It was expected that 2.2 million people could die if we hadn’t done anything, but if we come out of this with 100 to 200 thousand deaths, which is considerably less than that, then that will mean that we have done very well,” claiming that the government had carried out more tests than all of the other countries in the world and that that was the reason why the number of cases is so high.

Regarding the concerns about “the lack of medical equipment” in New York hospitals, Trump stated,

“How do these hospitals’ need for masks go from [10,000]–20,000 to 300,000 masks per week? There is something going on in New York hospitals. You should look into this situation as journalists. Where are these masks going? Are they going to elsewhere through the back door?”

Upon being reminded that he had earlier stated, “I want to restore the country to its previous state until Easter on April 12,” President Trump said, “I just said this as an aspiration.” Trump, who said that “there is nothing worse than declaring victory before winning it,” stated,

“The American youth is affected more than the European youth.”

Dr. Deborah Birx, the coordinator for the White House’s coronavirus task force, stated in a speech that they hope that projections that show the virus killing between 100,000 and 200,000 people in the U.S. are false and added, “Unfortunately, American youth is affected more than European youth. That’s the reason why every model may not be very correct.”

Anthony Fauci, director of the National Institute of Allergy and Infectious Diseases, stated that the U.S. could see millions of coronavirus cases and 100,000 or more deaths.

Secretary of Treasury Steven Mnuchin highlighted that the $2.2 trillion package would support the economy and employees for ten weeks, and if additional time is required, the government will evaluate what may be needed.

The disease caused by the new coronavirus has killed at least 2,945 people in the United States as of March 30.

More in this category: « President Trump: “The worst could be behind us around July or August.” A Global Crisis Means A Global Response »