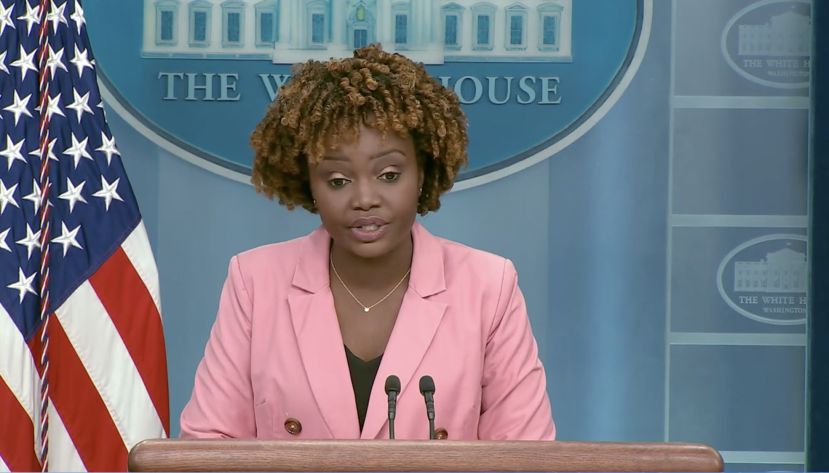 White House Press Secretary: U.S. is in touch with Turkey over tanker delays

White House Press Secretary Karine Jean-Pierre told at the press briefing that the White House believes the issue can be resolved. ”We’ve been in touch with Turkey about how the price cap only applies to Russian oil and explained that the cap doesn’t necessitate additional checks on ships passing through Turkish waters. Our understanding is that virtually all of the delayed tankers are not carrying oil from Russia and are not affected by the cap. So, Turkey has made clear they share our interest in a well-supplied market in allowing seaborne oil to transit the — transit the Turkish Straits. They have made clear their goal is to resolve this issue as quickly as possible. And so, again, we’ve been — we’ve been in touch with Turkey, and this is how we — how we’re moving forward. “ Press Secretary Jean-Pierre said.

Almost 20 loaded crude tankers are waiting to cross through Turkiye’s Bosphorus Strait and were carrying Kazakh-origin oil, which is not under a Russian oil price cap policy initiated by the EU. Tanker congestion is estimated to hold over 20 million barrels of oil, equaling 1.2 billion dollars.

U.S. Treasury Deputy Secretary Wally Adeyemo has spoken with Turkish Deputy Foreign Minister Sedat Onal to discuss the implementation of the price cap and stress that it did not necessitate additional checks on ships passing through Turkish territorial waters.

European price cap on Russian oil that came into effect last Monday. The cap is supposed to limit Russian’s revenues without adding to stress on the world economy by reducing supply.

Turkiye asks that vessels prove they have insurance that will pay out in light of the new sanctions before allowing them to pass through the Bosphorus strait linking the Black Sea and the Mediterranean.