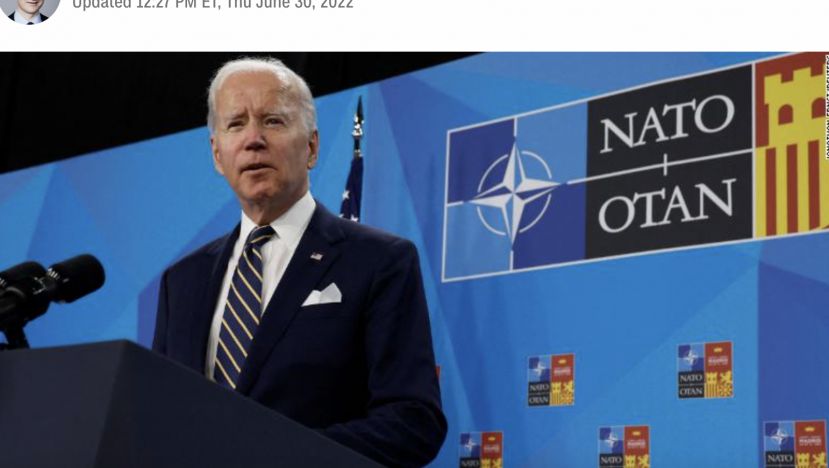 The Madrid Summit, a crucial summit in NATO history, was held, and the organization carried out significant structural transformations during it.

Negotiations on Finland's and Sweden's participation in NATO, NATO's 'Strategic Concept' that will shed light on the next ten years, the new aid package for Ukraine, strengthening the East Wing of NATO, and NATO–EU relations were at the top of the summit agenda.

In NATO's Strategic Concept document, China was included for the first time, and Russia was included as a direct threat. The document states that the war Russia started in Ukraine severely changed the security environment of NATO and confirms that the main objective of NATO is to ensure collective defense based on a 360-degree approach in the concept prepared within this framework.

The document emphasizes that the three basic duties of the alliance are 'deterrence and defense, crisis prevention and management, and collaborative security,' stating, 'As the backbone of our Article 5 commitment on defending each other, we underline the need for significantly strengthening our deterrence and defense duty.'

The document explains, 'Russia is the most important and direct threat to the safety of the allies. It strives to create impact and direct control areas through force, destruction, and annexation' and notes that Russia uses cyber and hybrid devices as well as traditional methods against NATO allies and partners.

It states, 'NATO does not want conflict, and Russia does not pose any kind of threat. We will continue to give response collaboratively and responsibly against the threats and hostile activities from Russia. However, we seek to maintain open lines of communication with Moscow in order to lessen and manage the risks.'

Referring to the requirement for stability and predictability in the Europe–Atlantic region and between NATO and Russia, the document states, 'Any change in our relations depends on Russia's stopping its aggressive behaviors and completely complying with the international law.'

In the new Strategic Concept document, China was included for the first time, and the following remarks were made: 'China's ambitions and coercive policies challenge our interests, security, and values. While China uses a wide range of political, economic, and military means to increase its global footprint and project power, it remains uncertain about its strategy, intentions, and military background

The repercussions of Turkey unblocking and giving the green light to the NATO membership of Sweden and Finland continue to be observed. A triple agreement was signed to resolve the issues that threatened the national security of Turkey. The agreement stated, 'Turkey, Finland, and Sweden express their commitment to the principles and values set forth in the Washington Agreement. One of the essential elements of the alliance is the complete solidarity and collaboration in struggling with all forms and appearances of terrorism that pose a direct threat to international peace and stability in addition to the national security of the member states

With Sweden and Finland keeping their promises to Turkey, the membership of these two countries is expected to be approved by the council of all NATO member countries, including Turkey.

With thanks to Turkey, Sweden, and Finland, the Biden administration has stated that the NATO alliance will expand.

In an environment in which ups and downs have been experienced in Turkish–American relations, President Biden and President Erdogan spoke for an hour and ten minutes. In spite of these ups and downs, a message describing the continuation of a constructive relationship and indicating that the meeting had gone well was delivered in the White House's written statement. While President Biden has stated that F-16s should be given to Turkey, President Erdogan has given the message that the bilateral affairs will proceed favorably.

The common and close work of the two NATO countries will be an excellent step for both nations, and it will further strengthen NATO and promote the resolution of the problems in the region.