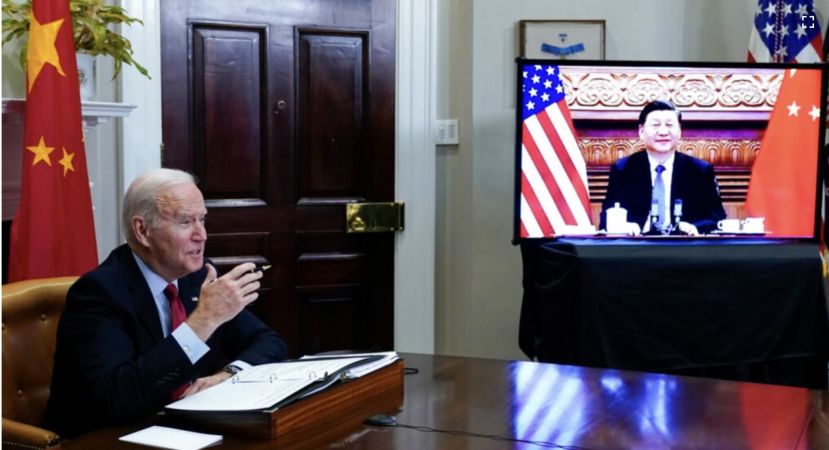 U.S. President Joe Biden has not announced a formal roadmap for establishing future trade and political relations between the U.S. and China since January 2021. After President Biden's comments supporting Taiwan's defense during his May visit to Japan, Secretary of State Antony Blinken and Secretary of Defense Loyd Austin stated that the U.S. has a "One China" policy.

To combat inflation, President Biden asked Gina Raimondo, Secretary of the U.S. Department of Commerce, to work on removing some of the tariffs implemented during President Trump's Administration.

Similarly, U.S. Treasury Secretary Janet Yellen said some tariffs on China inherited from the Administration of former President Trump served "no strategic purpose" and added that President Biden was reviewing them as a way to bring down inflation. "We all recognize that China engages in a range of unfair trade practices that are important to address, but the tariffs we inherited, some serve no strategic purpose and raise the cost to consumers," she added.

According to U.S. Trade Representative Katherine Tai, Washington will actively pressure China, the second-largest economy in the world, to alter its business practices. Tai emphasized that the U.S. "will not be indifferent anymore" to the rules of China.

Jake Sullivan, the U.S. National Security Advisor, announced that President Biden and Chinese President Xi would communicate by phone within the next few weeks.

Western allies have become more cautious about China's actions. The G-7 Leader's announcement of a $600 billion Partnership for Global Infrastructure and Investment to compete with China's Belt and Road Initiative was a solid message to China. In addition, NATO has the first-time addressed challenges that China poses toward NATO's security, interests, and values under the NATO Concept document.

Recently, Secretary of the Treasury Yellen held a virtual meeting with Vice Premier of the People's Republic of China Liu He as part of the Administration's ongoing efforts to maintain open lines of communication. Both discussed macroeconomic and financial developments in the U.S. and China, the global economic outlook amid rising commodity prices, and food security challenges.

No Agreement Reached Concerning China in the U.S. Congress

The House of Representatives passed the China Competition Bill in February and the Senate in March. It is predicted that the law will provide American manufacturers with $52 billion to reduce U.S. dependency on Chinese products like semiconductors.

In regulating the new bill, it is predicted that American manufacturers will be provided with a $52 billion fund to reduce dependency on products like semiconductors produced by China. Similarly, a $2 billion fund will be provided to promote the production of equipment like critical electronic devices, defense kits, and automobile parts. Supply chain and research and development exercises will also be supported.

Furthermore, regulations on Taiwan are included in the resolution. The issues of human rights and democracy in China, funding cultural exchange between the U.S. and Taiwan, and acknowledging Taiwan as a strategic component of U.S. policy for the Indo-Pacific region.

While efforts are being made to develop a final resolution that both parties can support, Democrats and Republicans are at odds. Democrats in Congress said last week that they believed nothing was standing in the way of them passing the resolution introduced by Chuck Schumer, Majority Leader of the Senate, and Nancy Pelosi, speaker of the U.S. House of Representatives. According to Senate Minority Leader Mitch McConnell, if the Democrats' demands are not met, Republicans will not permit the passage of this resolution through their covert economic agenda.

Industrial groups, including automotive suppliers, have paid close attention to these disputes because they involve funding for developing these semiconductor chips. In a letter to Congress, the CEOs of numerous Fortune 500 companies expressed their support for the law's implementation regarding chip production.

Ali Cinar is a journalist based in Washington, DC. He represents Ciner Media US Group(Haberturk TV and Bloomberg HT). Ali Cinar was awarded the Ellis Island Medal of Honor and was the youngest Turkish American to receive this award in over 30 years. He is a Ph.D. candidate in Communication at Liberty University