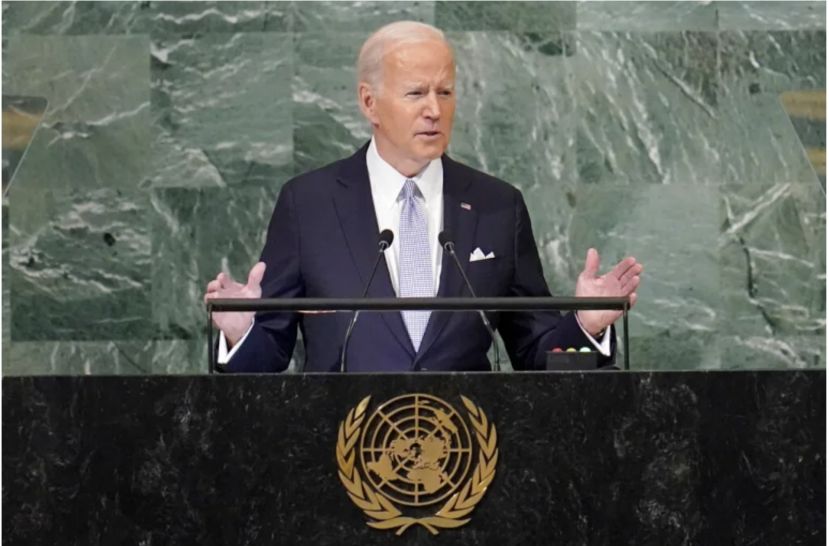 In his speech to the 77th U.N. General Assembly, Biden deprecated Russia. The U.S. president said, 'Speak up. A United Nations Security Council member invaded its neighbor and attempted to erase a sovereign state from the map.'

Criticizing Russia's President Vladimir Putin by saying, 'Ukraine's invasion was chosen by one man, to be very blunt,' Biden added, 'President Putin has been making overt nuclear threats against Europe and a reckless disregard of the responsibilities of the non-proliferation regime. Now Russia is calling for more soldiers to join the fight, and the Kremlin is organizing a sham referendum to try to annex parts of Ukraine. This is an extremely significant violation of the United Nations Charter.'

Support for the enlargement of the U.N. Security Council

U.S. President expressed his support for increasing permanent and non-permanent representatives on the U.N. Security Council.

Referring to countries in Africa, Latin America, and the Caribbean, the U.S. has been supporting permanent seats; Biden also said, 'I believe the time has come for this institution to become more inclusive so that it can better respond to the needs of today's world.'

President Biden also stated that members of the U.N. Security Council should defend the U.N. Charter and refrain from using veto except in rare, extraordinary situations.

The Security Council held its first session on 17 January 1946 at Church House, Westminster, London. Since its first meeting, the Security Council has taken permanent residence at the United Nations Headquarters in New York City. It also travelled to many cities, holding sessions in Addis Ababa, Ethiopia, in 1972, in Panama City, Panama, and in Geneva, Switzerland, in 1990.

A representative of each of its members must be present at all times at UN Headquarters so that the Security Council can meet at any time as the need arises.

The Security Council has primary responsibility for the maintenance of international peace and security. Under the Charter of the United Nations, all Member States are obligated to comply with Council decisions.

The Council is composed of 15 Members: