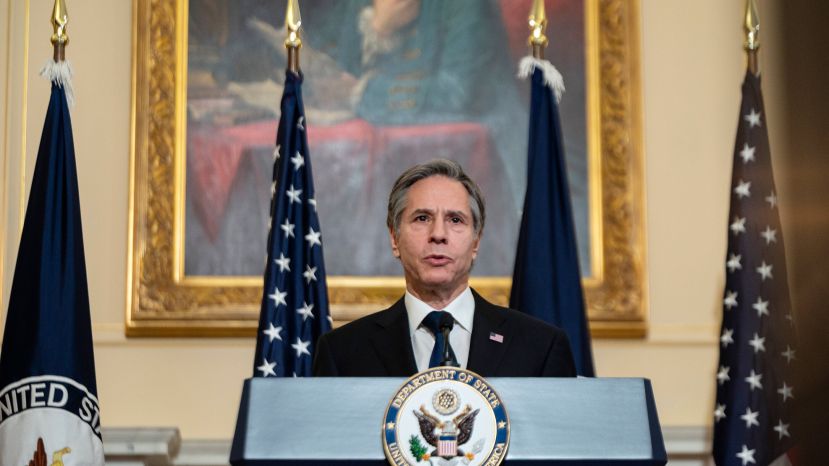 Secretary of State,Anthony Blinken,  unveiled the Biden administration's top foreign policy priorities, including containing coronavirus and putting Americans first.Secretary Blinken says China is the “only country with the economic, diplomatic and military  power to seriously challenge the stable and open international system." Secretary Blinken described China as the greatest geopolitical test of the 21st century.

In his speech titled "A foreign policy for the American people," U.S. Secretary of State Antony Blinken listed eight priorities that will stand out in the foreign policy of the new term.

1- Taking the coronavirus epidemic under control, preventing a similar crisis from occurring again by predicting pandemics and ensuring information is shared correctly and on time.

2- Ending the economic crisis and building a more stable and inclusive global economy. Protecting the rights and interests of the American employees. Preventing the theft of U.S. intellectual property rights or the manipulation of currency to gain an unfair advantage.

3- Renewing the democracy that is under threat. Encouraging other countries to make important reforms, abolish bad laws, urge them to fight against corruption, and promote democratic behavior.

4- Establishing a humane and effective immigration system. In this context, working together closely with other countries, especially the neighbors of the U.S. that are in Central America.

5- Reviving the relationships with the allies and partners of the U.S.

7- Securing the leadership of the U.S. in the technology field. Strengthening the U.S. technology defense. Ensuring that the new technologies protect privacy, make the world safer and healthier, and consolidate democracy.

8- Managing relationships with China is "the greatest geopolitical test of the 21st century."

Stating that China is "the only country that has the economic, diplomatic and technological power to challenge the consistent and open international system." the Secretary of State Antony Blinken also said the relationship with China would be carried out "competitive when needed, hostile when necessary, cooperative when possible."

Emphasizing the need for the U.S. to work together with its allies and partners in this context, Blinken said, "China has taken our place in the field we retreated. (This) makes it necessary for us to defend our values when human rights are abused in Xinjiang or when democracy is violated in Hong Kong. Because if we don't do this, China will act without fear about the consequences of its behavior."